Water has been detected in a galaxy 13 billion light years away • Earth.com 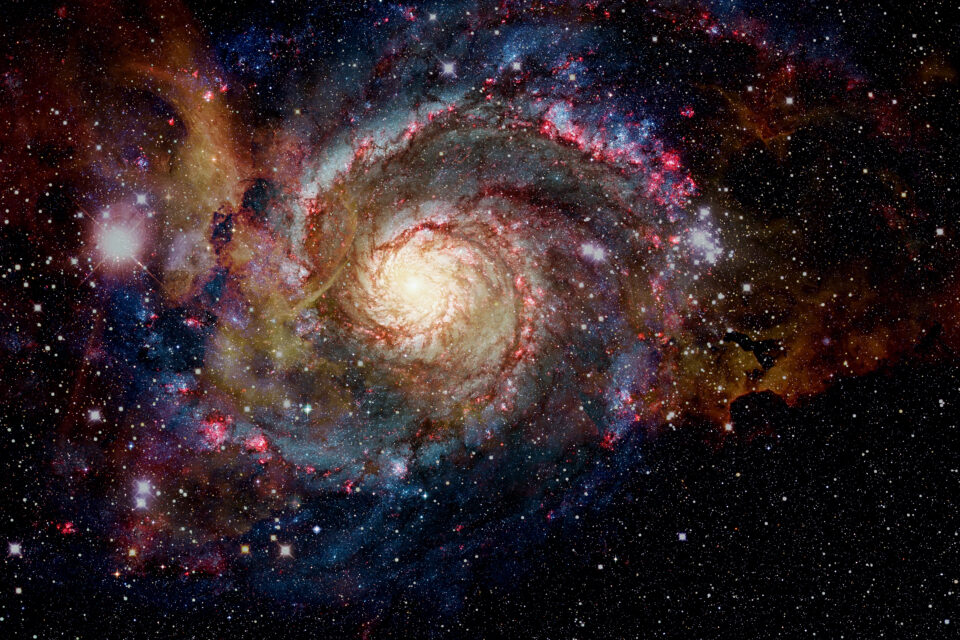 Water and carbon monoxide have been found in twin galaxies located nearly 13 billion light years from Earth. The study, which was funded in part by the National Science Foundation, represents the most distant detection of water in a star-forming galaxy.

According to the researchers, they have conducted the most detailed study of the gas content of a galaxy in the still forming universe.

“Using high-resolution ALMA observations of molecular gas in the pair of galaxies known collectively as SPT0311-58, we detected both water and carbon monoxide molecules in the larger of the two galaxies,” said astronomer Sreevani Jarugula, the principal investigator.

“Oxygen and carbon in particular are first-generation elements, and in the molecular forms of carbon monoxide and water, they are critical to life as we know it.”

Water, carbon monoxide, and hydrogen are abundant in the universe. During the earliest stages of the universe, these three gases mixed with stardust and formed planets and galaxies.

A better understanding of how galaxies formed billions of years ago will provide new insight into how the universe evolved.

“Early galaxies are forming stars at a rate thousands of times that of the Milky Way,” said Jarugula. “Studying the gas and dust content of these early galaxies informs us of their properties, such as how many stars are being formed, the rate at which gas is converted into stars, and how galaxies interact with each other and with the interstellar medium.”

Jarugula explained that the study offers answers to where, and how far away, water can exist in the universe, and has given rise to a big question: How has so much gas and dust assembled to form stars and galaxies so early in the universe? He said that the answer requires further study of similar star-forming galaxies to get a better understanding of the structural formation and evolution of the early universe.

The study is published in The Astrophysical Journal.