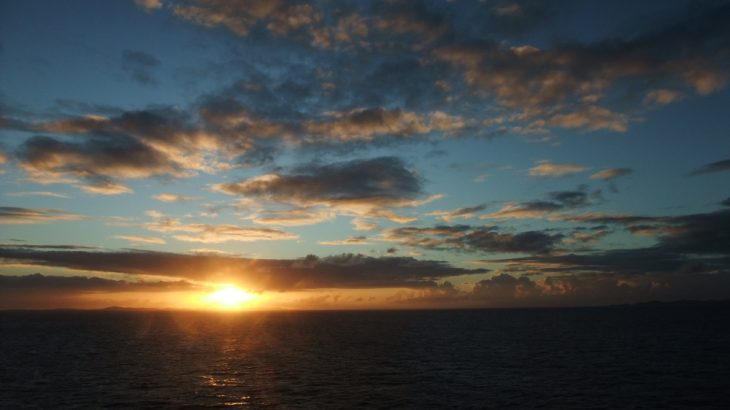 Earth-like planets may not be the only ones able to support life. Under the right conditions, life-fostering water worlds where the planet’s surface is entirely under deep ocean waters could move out of science fiction into fact, a new study declares.

A pair of researchers have found that the conditions for life may be more fluid – pun intended – than previously thought.

“This really pushes back against the idea you need an Earth clone – that is, a planet with some land and a shallow ocean,” said Dr. Edwin Kite, a geophysicist at the University of Chicago, who worked with Pennsylvania State University astrophysicist Dr. Eric B. Ford on the research.

As telescopes improve and astronomers spot more planets outside of our solar system and in habitable zones – close enough to receive energy from their stars but not too close – researchers have begun exploring whether these planets could support life.

They’ve developed models of how planets can maintain stable climates, mostly with Earth’s own systems in mind. Earth stores greenhouse gases like carbon in its minerals, then releases them in volcanic eruptions.

It’s widely agreed that a stable climate over a long period is necessary for life to develop, along with liquid water. But scientists have assumed that water worlds – where minerals and volcanoes are both covered with deep liquid water – can’t regulate climate the way Earth can.

Kite and Ford wondered if water worlds could maintain a stable climate through other methods. They set up a computer model that would generate thousands of planets at random, Earth-like worlds, water worlds and others. Then, they tracked their projected climates over the course of billions of years.

“The surprise was that many of them stay stable for more than a billion years, just by luck of the draw,” Kite said in a press release. “Our best guess is that it’s on the order of 10 percent of them.”

A few conditions were found to be necessary. Planets did have to be in that habitable sweet spot around their stars, and they did require the right amount of light, carbon and other building blocks. They also couldn’t have too much of other minerals or climate conditions that would lead to carbon being pulled out of the atmosphere at high rates.

But when those conditions were met, there was a good chance a planet – water worlds or not – would have a stable climate that would allow life to form.

“How much time a planet has is basically dependent on carbon dioxide and how it’s partitioned between the ocean, atmosphere and rocks in its early years,” Kite said. “It does seem there is a way to keep a planet habitable long-term without the geochemical cycling we see on Earth.”

The simulations even found that a red dwarf star could support life, not just a star similar to our own sun.

The study was published Thursday in The Astrophysical Journal. Funding was provided by NASA, the National Science Foundation, Pennsylvania State University, Eberly College of Science and the Pennsylvania Space Grant Consortium.