Weather reports may start to include the role of climate change • Earth.com 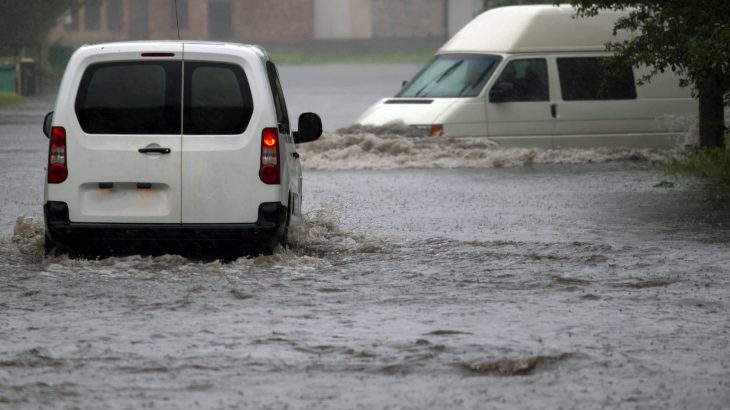 Weather reports may start to include the role of climate change

A new information service provided by the Copernicus Earth Observation Programme of the European Union may ultimately change how meteorologists deliver information about the weather. Climate observations may be incorporated into weather reports to raise awareness about how extreme weather events are influenced by climate change.

The long-term goal of the Copernicus Climate Change Service (C3S) is to “provide a wide range of users with timely and reliable information about extreme weather events and how they relate (or not) to anthropogenic climate change.”

In recent years, a new field of climate science research has emerged known as “extreme event attribution,” which investigates the relationship between human-induced climate change and severe weather.

While individual weather events may not be directly caused by climate change, factors such as global warming are setting up conditions which increase the likelihood that a major storm or event will occur. Advancements in technology are enabling scientists to more accurately identify these types of connections.

According to a report in New Scientist, experts using the climate change attribution approach compare real-world weather observations with computer models of a world without human-induced global warming.

“It’s good this is now happening,” said climate scientist Peter Stott of the UK Met Office. “People of course ask the question with extreme weather events, of how they are linked to climate change.”

Carbon Brief recently mapped and analyzed 260 extreme weather events across the globe for which attribution studies had been previously conducted. The analysis revealed that 68 percent of the weather events were made more likely or more severe by human-caused climate change.

Stott told New Scientist that intense weather reminds us just how vulnerable we are, like the recent deadly heatwave in India. He said that it is important to know if our susceptibility is due to natural variability or if it can be linked to a warming world. “Is this just bad luck or is climate change adding to the risks? That’s where the attribution comes in.”

The Copernicus system is expected to be up and running next year. The German Meteorological Service DWD is also developing a climate attribution system that will likely be implemented in 2020. “Attribution can provide answers here. With the knowledge, the public or politicians get a better picture of the effects of climate change,” said Frank Kreienkamp of DWD.