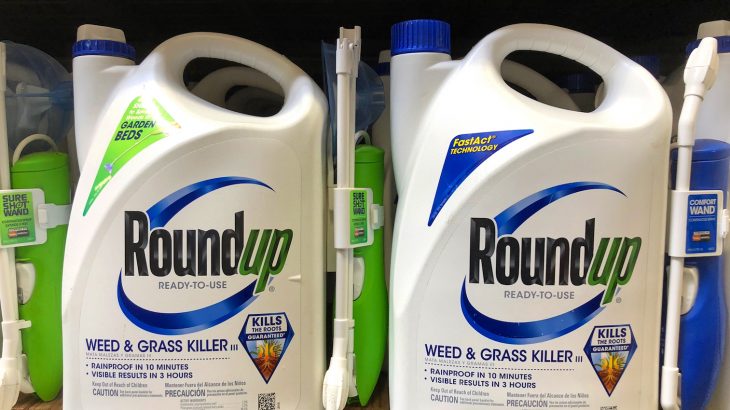 Glyphosate is one of the most commonly used weed killers on the market today, and it’s the main ingredient in the herbicide Roundup.

While glyphosate herbicides are useful in the backyard, there has been increasing unease that exposure to the chemical increases the risk of cancer.

Now, a new meta-analysis review study of previous research on glyphosate’s associated cancer risk confirmed these fears as the results show that glyphosate exposure may increase the risk of non-Hodgkin lymphoma, an immune system cancer, by as much as 41 percent.

The study, published in the journal Mutation Research/Reviews in Mutation Research, was conducted by researchers from the University of Washington who reviewed past glyphosate studies including the Agricultural Health Study cohort.

While Monsanto, the producers of Roundup, the Environmental Protection Agency, and the European Food Safety Authority have maintained that glyphosate is non-carcinogenic, according to CNN, the World Health Organization International Agency for Research on Cancer says otherwise.

There has been a string of lawsuits against Monsanto which was acquired by Bayer in 2018 and CNN reported that thousands of people are suing Monsanto alleging that exposure to glyphosate caused their cancers.

For this study, the researchers found that in the highest exposure groups, referring to people with the highest reported exposure to the chemical in the different studies reviewed, exposure to glyphosate raised the risk of non-Hodgkin lymphoma.

“All of the meta-analyses conducted to date, including our own, consistently report the same key finding: exposure to GBHs (glyphosate-based herbicides) are associated with an increased risk of NHL,” the researchers wrote.

There are several limitations to the study’s findings as there is little data available on the correlation between glyphosate exposure and cancer risk.

The researchers also said the studies were varied in terms of the levels of glyphosate exposure each study participant experienced which makes drawing any firm correlations between studies challenging.

Even with the limitations of the meta-analysis, the study calls attention to an important potentially dangerous carcinogenic and calls for further studies that explore glyphosate’s cancer risk.