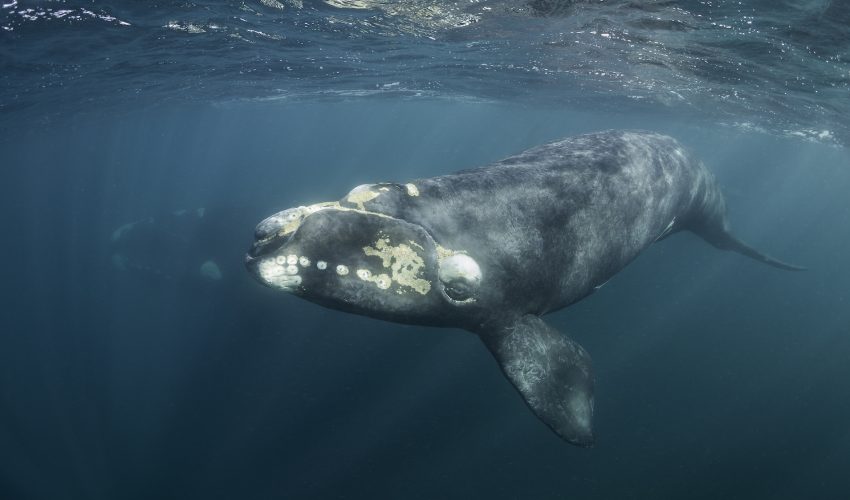 North Atlantic right whales are on the brink of extinction, according to a new report from the federal government.

Low reproduction rates, small populations, and an increase in human-caused deaths through fishing operations have all negatively impacted the whale’s chances to survive.

This news comes following a particularly tough 2017 for the whales, with 17 deaths so far and only 100 breeding females left in the entire North Atlantic right whale species. As numbers continue to dwindle, it’s time to consider the very real possibility that the whales will become extinct unless immediate action is taken.

“You do have to use the extinction word, because that’s where the trend lines say they are,” said John Bullard, the Northeast Regional Administrator for the NOAA Fisheries. “The current status of the right whales is a critical situation, and using our available resources to recover right whales is of high importance and high urgency.”

According to Bullard, both America and Canada need to work together to regulate fishing operations and reduce instances of entanglement, or the whales may never recover.

Entanglement takes a greater toll on North Atlantic right whales than was previously thought, which is why Bullard and other officials have called for immediate action to mitigate human interference.

A study published in the journal Endangered Species Research discovered that whales who have undergone long periods of entanglement in fishing gear are under great levels of stress and this affects reproduction long after.

According to the Smithsonian Institute of Natural History, 50 North Atlantic right whales are entangled every year, and 83 percent of all whales have had at least one instance of entanglement.

The grim reality of the North Atlantic right whale is evidenced by low reproduction rates and decreasing numbers. Policy makers will need to make the whale’s survival a priority or the species could very soon no longer exist.