An unusually high number of whales have washed ashore in San Francisco • Earth.com 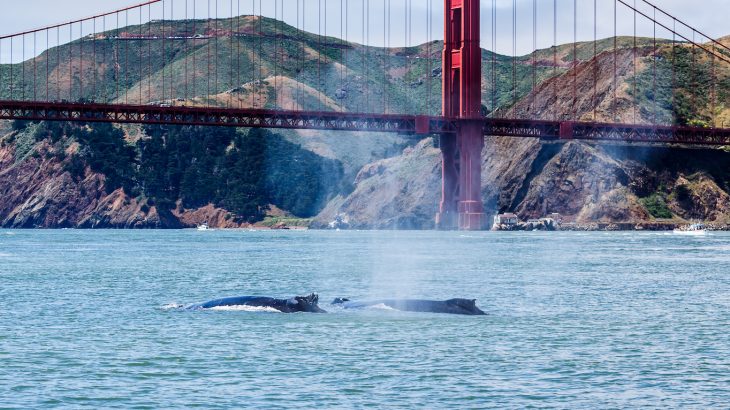 A necropsy of a dead gray whale that washed ashore in the San Francisco Bay Area on Monday has revealed that the whale was likely struck by a ship.

The beaching marks the ninth dead gray whale discovered in the area in just a matter of weeks.

Usually, around five to ten gray whales wash ashore in San Francisco throughout the year, but this year has seen an alarming and frequent number of whales washing ashore since March.

The Marine Mammal Center conducted the whale necropsy, a task made all the more challenging by the fact that the whale beached on its stomach.

“Which is difficult for us, because normally when a whale floats in, it ends up on its back,” Dr. Padraig Duignan, the Marine Mammal Center’s chief pathologist, told ABC7. “It gives us easy access to the abdominal cavity.”

The injuries the whale sustained indicate that it was killed after being struck by a ship which is not uncommon for the area. Three previous whales that washed ashore in San Francisco this year were also struck by boats.

Four of the nine whales died from malnutrition, and one’s cause of death has yet to be determined.

The necropsy was completed on Tuesday of this week, and the Marine Mammal Center will share the results with other marine research and government agencies as well as shipping companies.