When hunting for food, fulmars follow the fishing vessels • Earth.com 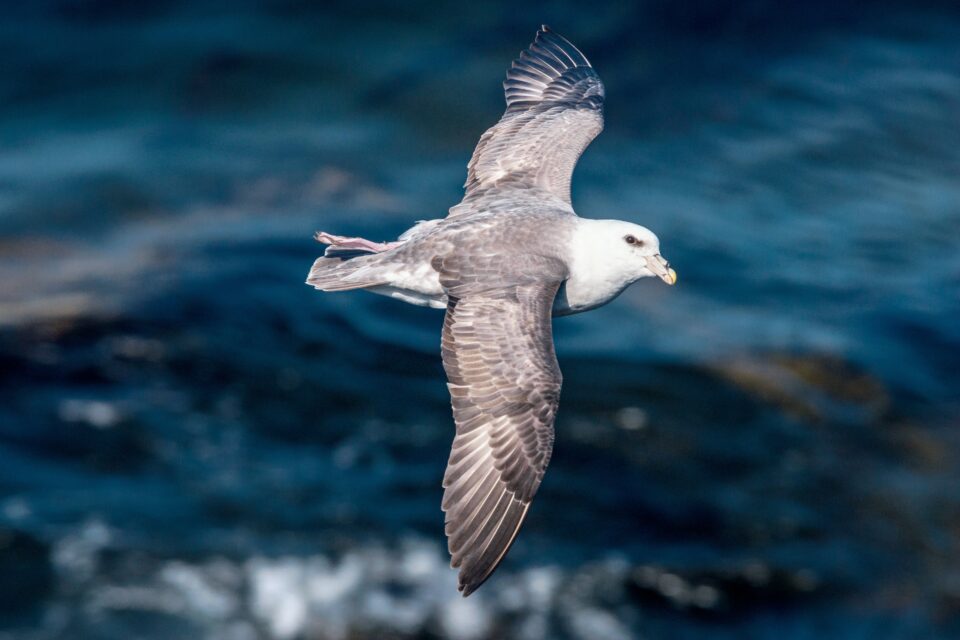 When hunting for food, fulmars follow the fishing vessels

When planning the conservation and management of threatened species, it is important to know how the individuals are distributed in their habitat and how they make use of it spatially. This can be challenging when the species of interest is a far-ranging seabird.

Northern fulmars (Fulmarus glacialis) are related to albatrosses, and are an endangered species in European waters. In pursuit of a meal, they can travel hundreds of kilometers in a matter of days before returning home.

Sampling the behavior and population numbers of fulmars is generally impossible because of the expanse, remoteness and variability of their habitat, not to mention the fact that they are extremely mobile. Instead, conservation biologists have to resort to other methods to assess the management needs of this pelagic species.

An international team, led by scientists at the Marine and Renewable Energy Ireland (MaREI) research center at University College Cork, has now found that following the routes taken by fishing vessels in the waters off Ireland, can give information about where the birds go to feed. The researchers equipped fulmars with the latest tracking technology and recorded their movements while, at the same time, monitoring the positions of fishing boats in the area.

The experts found that over half of the individual birds associated with fishing vessels while out foraging, and that the favored vessels were mostly trawlers. Fulmars are known to feed on fishing waste that is thrown overboard by vessels after they process fish from their nets. The researchers found that the areas of the sea where fishing vessels spent most of their time were also the areas that fulmars visited in order to forage.

The authors of the study, published in the journal Marine Ecology Progress Series, state that this new understanding of the fulmar feeding grounds is vitally important for protecting them from the hazards they may face at sea at a time when most of the world’s seabird populations are threatened. Fulmars are often accidentally caught by vessels and, because the birds can live to 50 years of age, even occasional bycatch in fishing gear can have big implications for their population.

The study highlights the need for best practice when fishing, including the use of bird scaring lines when setting nets or trailing longlines.

“Information about where seabirds go at sea is vital for making sure that new offshore developments, including windfarms, can be designed to do the least amount of harm. That’s why studies such as this one are so important,” said study lead author Jamie Darby.

“Humans have given seabirds a lot to contend with. They are sensitive to oil and plastic pollution; we accidentally catch them in commercial fishing gears; we’ve brought rats and other invasive species onto many of their breeding colonies over the last few centuries.”

Ireland has a huge expanse of marine territory and attracts fishing vessels from overseas because these fishing grounds are so productive. Ireland’s commitment to renewable energy means that windfarms will soon be a common fixture along the coasts. However, given that the islands and cliffs of Ireland are home to 24 species of seabirds, proper planning for these energy generators is essential if these birds are to be protected.