Wildfires will release massive amounts of carbon by mid-century • Earth.com 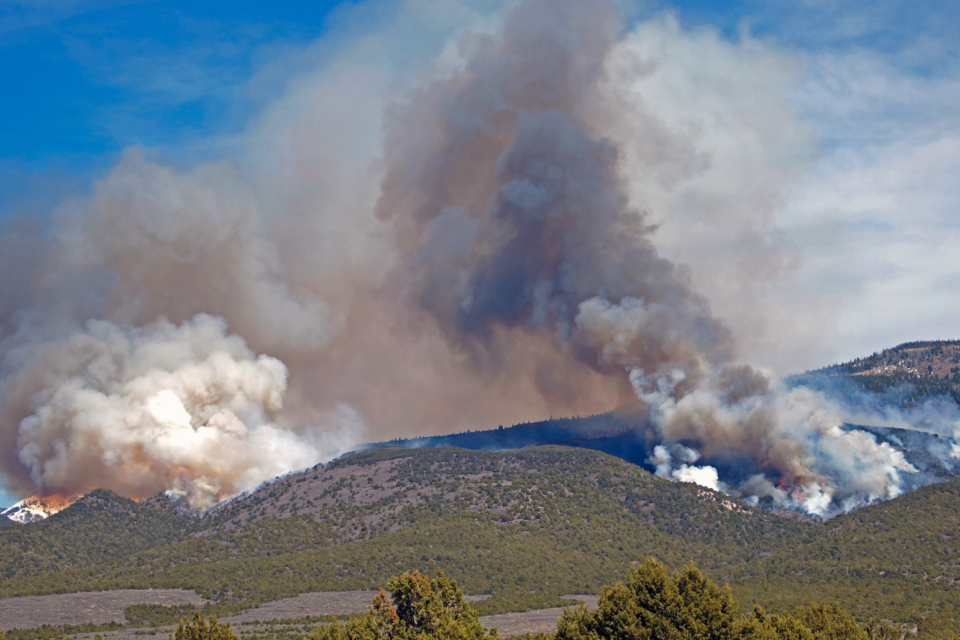 Wildfires will release massive amounts of carbon by mid-century

A new study published in the journal Science Advances has found that wildfires occurring in the United States and Canada boreal forests between now and 2050 could increase by as much as 169 and 150 percent, respectively. This would release nearly 12 gigatons of net carbon emissions (the equivalent of the annual emissions of 2.6 billion cars) – which represents about three percent of the remaining global carbon budget.

“Wildfires in boreal forests can be especially harmful in terms of the amount of emissions they release into the atmosphere since they store about two-thirds of the world’s forest carbon, most of which is contained in the soil and has accumulated over hundreds or even thousands of years,” said study lead author Dr. Caryl Phillips, a climate scientist at the Union of Concerned Scientists’ Climate & Energy Program.

“If not properly contained, heat-trapping emissions from wildfires in boreal forests could dramatically increase, jeopardizing nations’ ability to limit warming in line with the Paris Agreement.”

According to study co-author Dr. Peter Frumhoff, a global change ecologist at Harvard University, while governments prioritize rapid suppression of wildfires that occur near heavily populated areas and crucial infrastructure, they often allow other regions that hold large amounts of carbon to burn unabated. This is a highly hazardous practice to the health and safety of Alaskan and Canadian communities.

Although wildfires in the U.S. and Canadian boreal forests release a massive amount of carbon emissions, fire suppression efforts in these areas are given a disproportionate amount of funding. For instance, while Alaska accounts for roughly 20 percent of burned land area and half of U.S. fire emissions annually, it only receives four percent of federal fire management funding.

“These funds are comparatively low and pale in comparison to the costs countries will face to cope with the growing health consequences exacerbated by worsening air quality and the more frequent and intense climate impacts that are expected if emissions continue to rise unabated. They can also ensure wildlife, tourism, jobs, and many other facets of our society can persevere in a warming world,” he concluded.