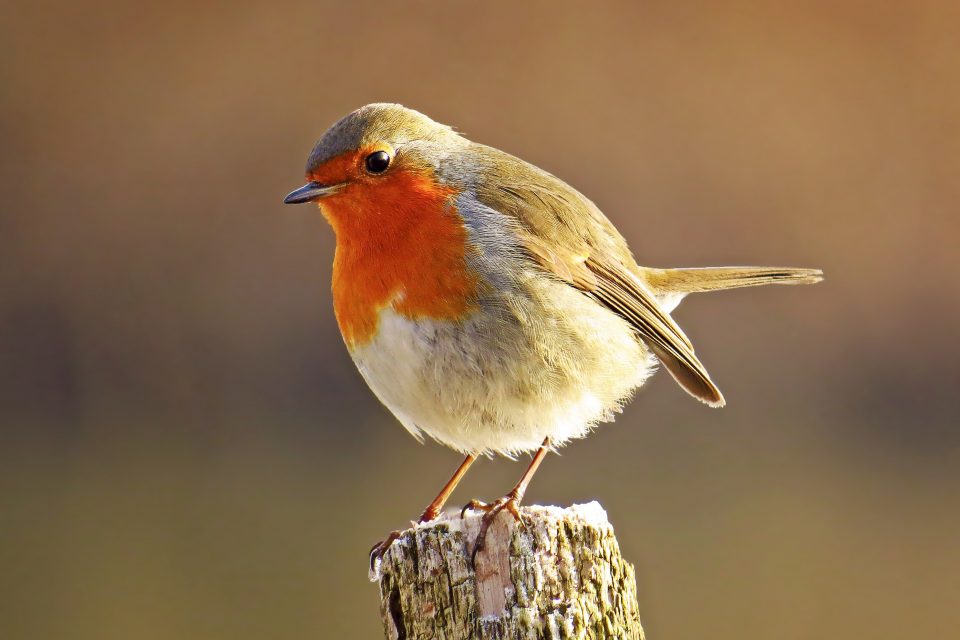 Wind turbines hurt the robin’s ability to defend its territory

A new study by scientists at Newcastle University has revealed that the noise from wind turbines interferes with a strategy used by robins to protect their territory. In an article written for The Conversation, Professor Mark Whittingham details the study findings.

“Much of the evidence for how wind turbines affect birds concerns their distribution patterns around turbines, but we know little about why birds choose to avoid them,” writes Professor Whittingham. “The robin, a widespread small bird which lives in rural areas where turbines are common, seemed a perfect candidate to investigate.”

The experts speculate that lower frequency noises are used by the robins to make them sound bigger and more intimidating in an effort to defend their territory.

“But with the low frequency sound emitted by wind turbines drowning them out, there was a suggestion that robins were having to rely more on puffing out their red chest to deter aggressors,” says Professor Whittingham.

“That may be why breeding songbirds, such as the skylark, avoid turbines. Recent work has found breeding bird populations such as the Dupont’s lark, a near-threatened species of songbird found in North Africa and Spain, declined in areas with wind turbines.”

The research suggests that there are reasons,  beyond the risk of fatal collision, that birds are avoiding wind turbines.

“Noise emitted from turbines could disrupt their communication and leave them vulnerable. This is particularly troubling when we consider that wind turbines are often located in remote areas, some with high densities of songbirds, such as meadow pipits and skylarks in upland areas of the UK.”

“Of course, it is important to remember the bigger picture. While wind turbines may harm birds nearby, renewable energy is a vital solution to climate change – perhaps the most pressing threat to biodiversity globally.”

Nevertheless, says Professor Whittingham, noise pollution from wind turbines should be measured during assessments of wind energy projects to minimize the impacts to surrounding wildlife.