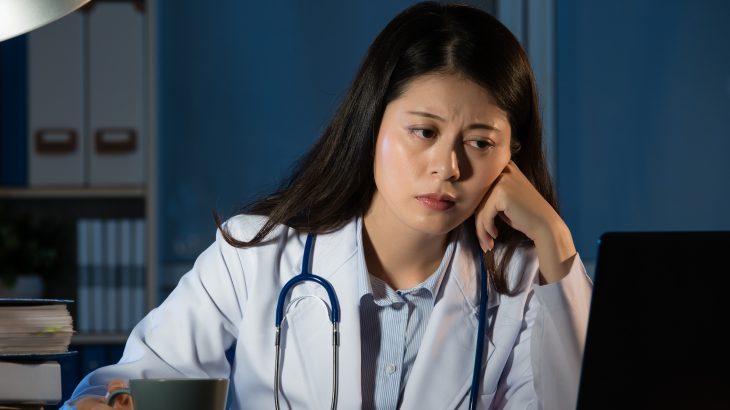 Working nights increases the risk of miscarriage for pregnant women

While previous research has suggested that pregnant women face a greater risk of miscarriage if they work at night, a new study has quantified the number of night shifts that it would actually take to threaten a pregnancy. The researchers determined that working two or more nights in the same week can increase the risk of miscarriage during the following week.

The team linked payroll data from 22,744 pregnant women in Denmark with data from Danish records on births and hospital admissions for miscarriages. They used this analysis to determine how night work may influence the risk of miscarriage between week 4 and week 22 of pregnancy.

The correlation between night work and elevated miscarriage risk was stronger after week 8 of pregnancy. “This may be explained by the decline in the proportion of chromosomally abnormal fetuses with gestational age, which makes an association with environmental exposure more easily detectable among later miscarriages,” wrote the study authors.

The underlying mechanism responsible for this association is not yet clear, but the light women are exposed to while working the night shift is known to disrupt their circadian rhythm. This decreases the release of melatonin, which is a hormone that is important for maintaining a successful pregnancy.

According to the researchers, the findings have relevance for working pregnant women as well as their employers, physicians, and midwives. “Moreover, the results could have implications for national occupational health regulations.”

The research is published in the journal Occupational and Environmental Medicine.