10 of the world’s most colorful animals • Earth.com 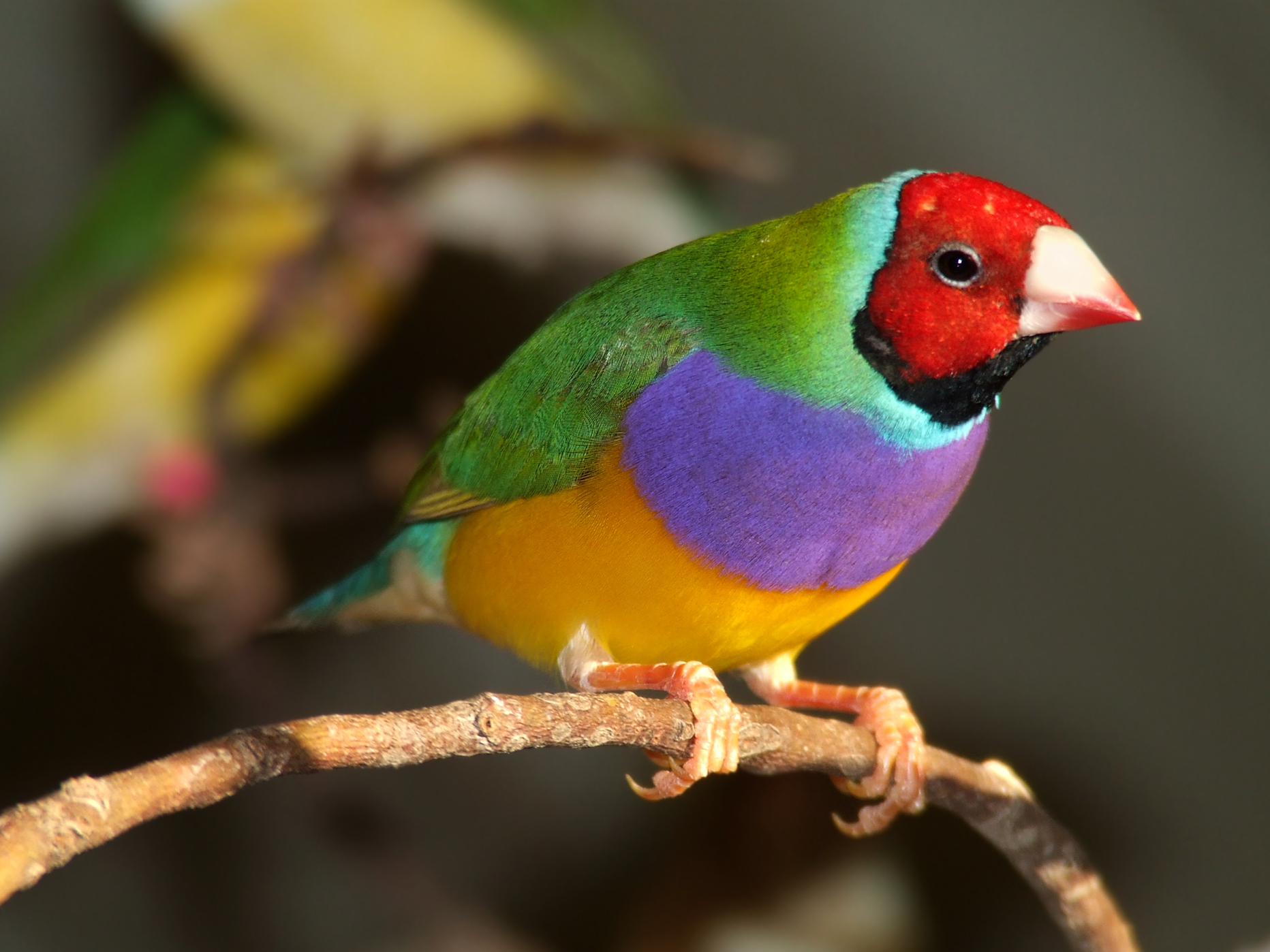 10 of the world’s most colorful animals

There are many different reasons why animals have evolved colors. Animals use color to avoid predators, to attract mates, and even to advertise their services, such as cleaning. Sometimes animals have pigments in the skin which physically protect them from the elements and sunburn.

Whatever the reason may be, there are some animals with colors so beautiful and vibrant that they look like they are from another world. Here are 10 of the most colorful animals on the planet.

Native to Australia, the gouldian finch has distinctive green, yellow, red, and black markings. The males have a bright purple chest, while the female’s chest is a lighter shade of mauve.

The distinguishing marks of these African birds are a bright green crown with a lilac color on the throat that deepens as it descends onto the chest. Some lilac breasted rollers have bright blue throats with lilac patches on their abdomens.

The bright colors of the poison dart frog signal a warning to predators of the frog’s toxicity, also known as aposematic coloration. These frogs stand out even in the tropical forests of Costa Rica and Brazil, with some of the brightest shades of yellow, copper, red, green, and blue on the planet.

This vibrant parrot has a royal blue head with a green and yellow collar, a green belly, and yellow thighs. Native to southern Australia, Rainbow lorikeets have also been introduced to Perth, Western Australia, Auckland, New Zealand, and Hong Kong.

Located in relatively shallow tropical waters, the parrotfish sports different colors depending on its gender. Female colors are less exciting shades of brown, green, and silver, while the males have bright colors such as aqua, orange, pink, yellow, red, and electric blue. Interestingly, the color roles are reversed in the Mediterranean, with the females wearing the more vibrant colors.

Found in lowland forests of regions such as India and Southeast Asia, this small kingfisher glows with vivid yellow, red, pink, orange, and midnight blue.

This South Asian bird has a metallic blue crown and iridescent blue-green feathers with brilliantly colored eyespots. During courtship, the vibrant feathers are raised into a fan and put on display. Surprisingly, these extravagant feathers can also be used for flight.

Featuring a green body with orange, blue, and black spots, the mandarin fish is easy to identify. These small fish live in the coral reefs of the Western Pacific.

This colorful Latin American bird is mainly black with a yellow neck, blue feet, and bright red coloring on its tail. The keel-billed toucan, which is the national bird of Belize, has a very distinctive green bill with orange sides and a red tip.

These Old World lizards come in a large range of shades and some species can even change their colors. The change of coloration can be used for protection, but is primarily use for socialization or in reaction to changes in the environment. These intriguing creatures have varying shades of pink, blue, red, green, orange, black, brown, yellow, turquoise, and purple.