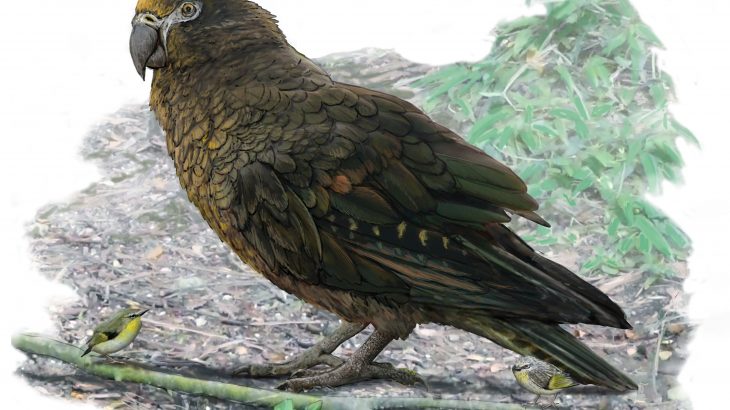 The first-ever giant parrot fossil has been located near St. Bathans in Central Otago, New Zealand. Dubbed Heracles, the bird stood about a meter (3.3 feet) tall, weighed about 7 kg (15.4 pounds), and had a huge beak large enough to crack pretty much anything.

“Heracles, as the largest parrot ever, no doubt with a massive parrot beak that could crack wide open anything it fancied, may well have dined on more than conventional parrot foods, perhaps even other parrots,” said Professor Mike Archer, from the UNSW Sydney Palaeontology, Geobiology and Earth Archives (PANGEA) Research Centre.

According to a team made up of experts from Flinders University, UNSW Sydney, and Canterbury Museum, the Heracles fossil is about the same size of the giant ‘dodo’ pigeon of the Mascarenes and is twice as big as the critically endangered flightless New Zealand kakapo, which has been previously identified as the largest known parrot on Earth.

In fact, both Heracles and the kakapo belong to a lineage of ancient parrots that were much more primitive than the parrots found on New Zealand today.

“New Zealand is well known for its giant birds,” said Flinders University Associate Professor Trevor Worthy. “Not only moa dominated avifaunas, but giant geese and adzebills shared the forest floor, while a giant eagle ruled the skies. But until now, no-one has ever found an extinct giant parrot — anywhere.”

Per the study, published in Biology Letters, Heracles was located in a grouping of fossils dated to about 19 million years ago.

“We have been excavating these fossil deposits for 20 years, and each year reveals new birds and other animals,” said Worthy, who works at the Flinders University Palaeontology Lab. “While Heracles is one of the most spectacular birds we have found, no doubt there are many more unexpected species yet to be discovered in this most interesting deposit.” 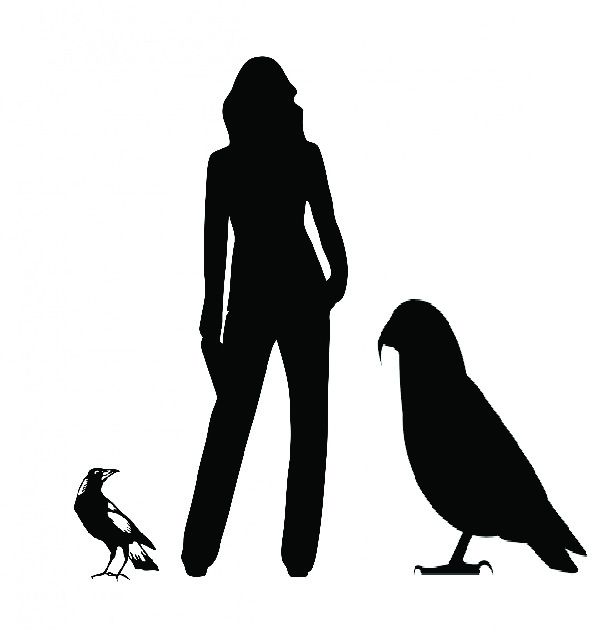 Islands are often home to giant bird species, such as the dodo, the giant megapode and a giant pigeon species on the island of Fiji, a giant stork species on Flores, Hawaii’s giant ducks, and giant owls and raptors in the Caribbean.

Because Heracles lived in a diverse subtropical forest, in which many species of laurels and palms grew with podocarp trees, the experts believe Heracles had no problem finding fresh fruit to eat.

“But on the forest floor Heracles competed with adzebills and the forerunners of moa,” said Professor Suzanne Hand, from UNSW Sydney.

“The St. Bathans fauna provides the only insight into the terrestrial birds and other animals that lived in New Zealand since dinosaurs roamed the land more than 66 million years ago,” added Paul Scofield, Senior Curator at Canterbury Museum, Christchurch.

“This was a very different place with a fauna very unlike that which survived into recent times,” De Pietri concluded.