Wrens "mute" the brain of their partner to stay in sync • Earth.com 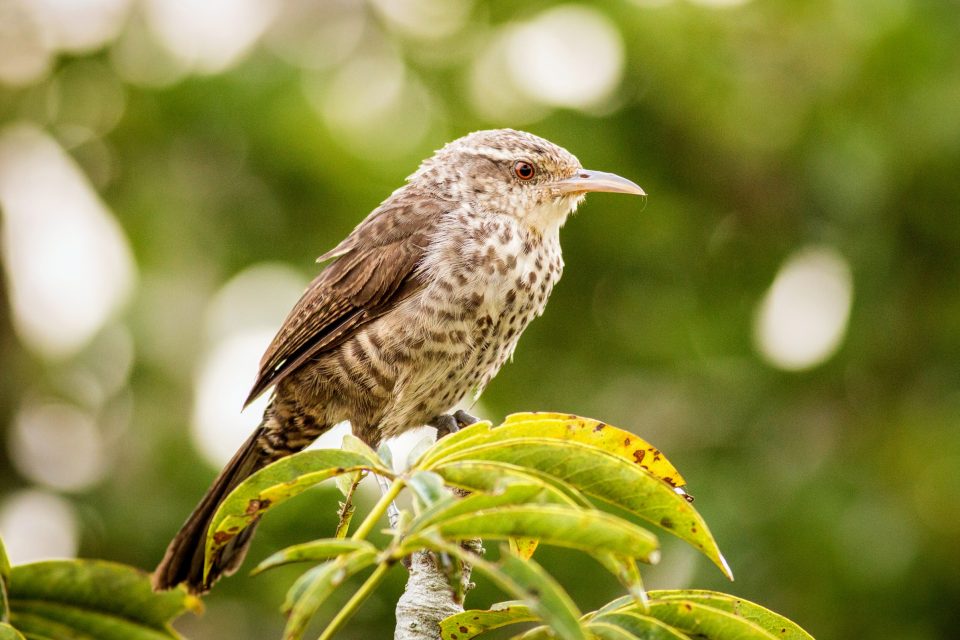 Wrens "mute" the brain of their partner to stay in sync

Researchers have discovered that duetting songbirds have a surprising strategy to stay in sync while they are performing. The study revealed that each singer mutes the brain of the other by inhibiting the song-making regions as they exchange phrases.

The researchers analyzed the brain activity of male and female plain-tailed wrens in Ecuador. The experts report that the auditory feedback exchanged between wrens during their opera-like duets momentarily inhibits motor circuits used for singing in the listening partner, which helps link the pair’s brains and coordinate turn-taking for a seemingly telepathic performance.

Study co-author Eric Fortune is a neurobiologist in the Department of Biological Sciences at New Jersey Institute of Technology.

“You could say that timing is everything,” said Fortune. “What these wrens have shown us is that for any good collaboration, partners need to become ‘one’ through sensory linkages. The take-home message is that when we are cooperating well, we become a single entity with our partners.”

“Think of these birds like jazz singers,” said study co-author Professor Melissa Coleman of Scripps College. “Duetting wrens have a rough song structure planned before they sing, but as the song evolves, they must rapidly coordinate by receiving constant input from their counterpart.”

“What we expected to find was a highly active set of specialized neurons that coordinate this turn-taking, but instead what we found is that hearing each other actually causes inhibition of those neurons – that’s the key regulating the incredible timing between the two.”

To study the duets of the plain-tailed wren, the research team traveled to remote bamboo forests on the slopes of Ecuador’s Antisana Volcano.

The experts made neurophysiological recordings of four pairs of native wrens as they sang solo and duet songs, analyzing sensorimotor activity in a premotor area of the birds’ brains where specialized neurons for learning and making music are active.

The recordings revealed that during duet turn-taking, the birds’ neurons fired rapidly when they produced their own syllables. However, as one wren began to hear their partner’s syllables sung in the duet, the neurons quieted down significantly.

“You can think of inhibition as acting like a trampoline,” explained Fortune. “When the birds hear their partner, the neurons are inhibited, but just like rebounding off a trampoline, the release from that inhibition causes them to swiftly respond when it’s their time to sing.”

Next, the team played recordings of wrens duetting while they were in a sleep-like state. The birds had been anesthetized with a drug that affects a major inhibitory neurotransmitter, gamma-aminobutyric acid (GABA).

The drug transformed the activity in the brain, shifting from inhibition to bursts of activity when the wrens heard their own music.

“These mechanisms are shared or similar to what happens in our brains because we are doing the same kind of things,” said Fortune. “There are similar brain circuits in humans that are involved in learning and coordinating vocalizations.”

According to the researchers, their findings offer a fresh look into how the brains of humans and other cooperative animals use sensory cues to act in concert with each other, from flowing musical and dance performances, or even the disjointed feeling of inhibition commonly experienced today during video conferencing.

“These days, inhibition is occurring at all the wrong times when we have poor internet connections during our Zoom, WebEx, and Facetime conferences. The delays affect the sensory information that we rely on for coordinating the timing of our conversations,” said Professor Coleman.

“I think this study is important for understanding how we interact with the world whenever we are trying to produce a single behavior as two performers. We are wired for cooperation, the same way as these jazz singing wrens.”