Why yawning is so contagious and how it could help treat diseases • Earth.com 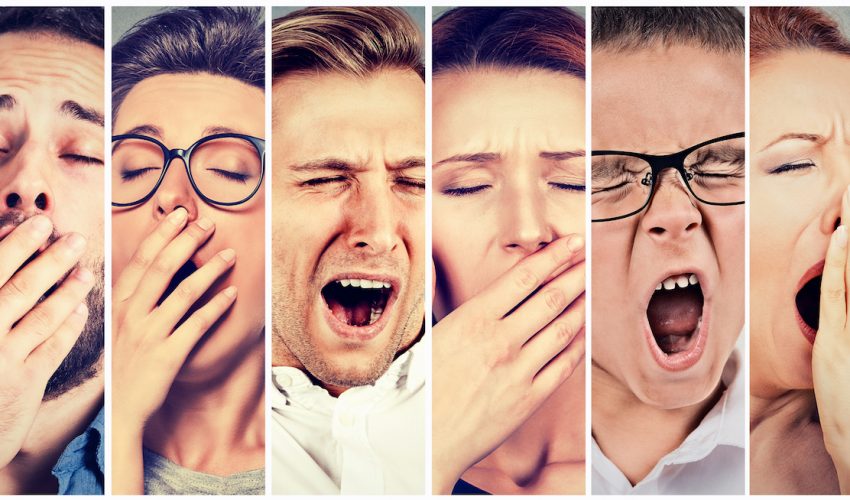 Researchers have conducted a study that may explain why yawning is so infectious. The experts say that primitive reflexes in the primary motor cortex are responsible for contagious yawning. This is the latest in a series of studies by the research team, who has set out to discover new methods of treatment for neuropsychiatric disorders by analyzing their underlying biological causes.

The current study proves that it is difficult to resist yawning when someone is yawning within sight. The research also reveals that the need to yawn is increased when people are instructed to resist. The likelihood of yawning is not decreased by an attempt to stifle it, but holding back may change the way that the yawn is expressed, according to the study.

Stephen Jackson is a professor of Cognitive Neuroscience at the University of Nottingham who led the study.

“We suggest that these findings may be particularly important in understanding further the association between motor excitability and the occurrence of echophenomena in a wide range of clinical conditions that have been linked to increased cortical excitability and/or decreased physiological inhibition such as epilepsy, dementia, autism, and Tourette syndrome,” explains Jackson.

Echophenomena exists in a variety of clinical conditions linked to increased cortical excitability and/or decreased physiological inhibition. The neural basis of echophenomena, however, is unknown.

The researchers set out to find the link between motor excitability and contagious yawning. The team tested 36 adults using transcranial magnetic stimulation (TMS). The participants viewed video clips that showed someone else yawning and were instructed to either resist or give in to yawning.

Through the use of video recording, both yawns and restraint attempts were monitored.  The intensity of each participant’s perceived urge to yawn was continuously recorded, and the scientists were able to increase this urge using electrical stimulation.

Georgina Jackson is a Professor of Cognitive Neuropsychology. She says that this study reveals that “the ‘urge’ is increased by trying to stop yourself.”

“Using electrical stimulation we were able to increase excitability and in doing so increase the propensity for contagious yawning,” explains Jackson. “In Tourette’s if we could reduce the excitability we might reduce the ticks and that’s what we are working on.”

“If we can understand how alterations in cortical excitability give rise to neural disorders we can potentially reverse them,” adds Professor Stephen Jackson. “We are looking for potential non-drug, personalized treatments, using TMS that might be effective in modulating imbalances in the brain networks.”