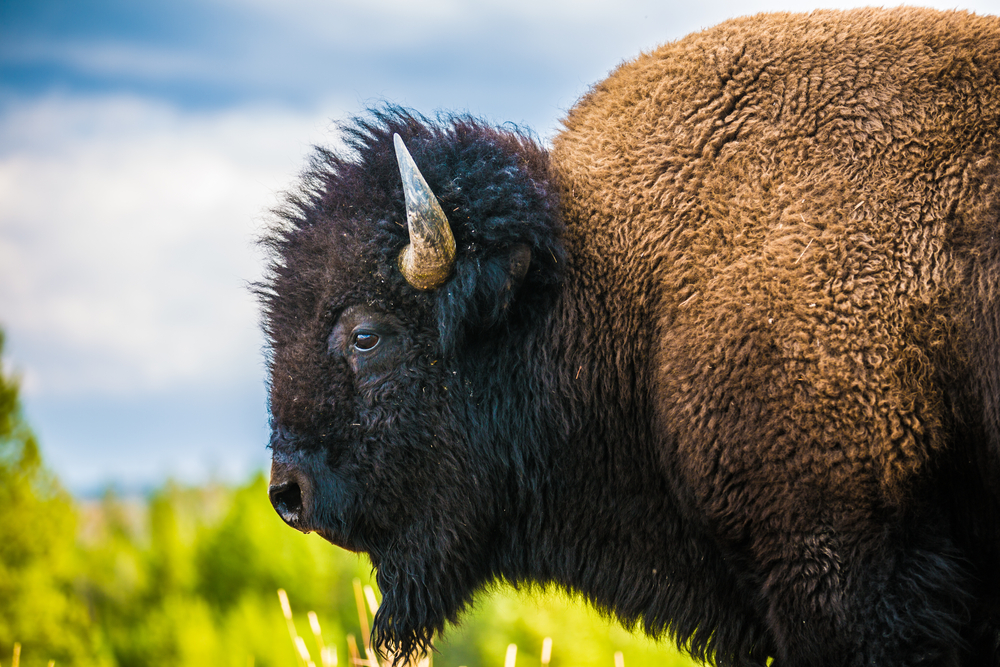 Officials insist that it’s necessary to prevent wild bison from spreading disease. Wildlife advocates decry it as misguided and unnecessary. As the two sides face off, a plan to slaughter hundreds of wild bison in Yellowstone National Park is moving forward.

After two weeks of negotiations between the state of Montana, Yellowstone, and the U.S. Department of Agriculture, all parties agreed to allow the plan, which will involve the slaughter of up to 1,300 of the 5,500 Yellowstone bison. The agreement spares 25 bison earmarked for the Fort Peck Indian Reservation, where conservationists are working to establish new herds.

Proponents of the slaughter say that it’s a necessary part of a 16-year program developed to prevent bison from spreading brucellosis to cattle. Brucellosis, a disease that causes abortion in pregnant animals, only currently exists in among the wildlife in the Yellowstone area. It’s been eradicated throughout the rest of the nation.

The bull bison selected for the repopulation program at Fort Peck will be quarantined and watched for disease for a year. Jody Lyle, a spokeswoman for Yellowstone, says that this is an important step in a program designed to choose disease-free bison for conservation efforts.

According to research, there have been no recorded instances of wild bison transmitting brucellosis to livestock. This is partly due to hunters shooting bison as the animals leave the park in search of food at lower elevations. More than 300 bison were killed this winter, and over 5,000 have been killed or captured since 1985.