Yoga and breathing exercises could save your life after a major heart attack • Earth.com 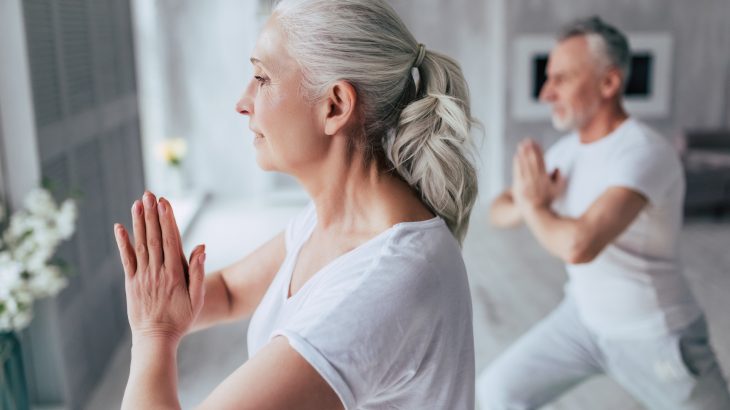 A new study from the European Society of Cardiology has revealed that yoga can significantly lower the risk of death among patients recovering from a heart attack. Stretching and breathing exercises were found to boost circulation and strengthen the heart.

The study was focused on 2,470 patients who had suffered the most serious type of heart attack, where one of the major arteries is blocked. The individuals were receiving percutaneous coronary intervention (PCI) at three different centers in India. The patients were randomly assigned to either post-procedure yoga and pranayam or no further intervention.

“Patients in the yoga arm undertook three months of a new daily one-hour program specifically designed for cardiac patients, incorporating yoga and meditation in the morning and a pattern of breathing exercises, comprising slow- and fast-breathing elements, in the evening,” explained Professor Sen.

The researchers found that patients who engaged in a daily hour of breathing exercises and gentle stretching were less likely to die over the next five years. According to tests, the hearts of these participants were more efficiently pumping blood throughout the body.

“Potential explanations for the beneficial effects of yoga and breathing may include reductions in the pressure in the pulmonary and coronary circulation, reduced remodelling of the left ventricle, improved oxygen tension of the blood and also reduced endothelial damage of coronary vessels with decreased release of inflammatory mediators, such as interleukins and C-reactive protein,” noted Professor Sen.

“Practicing yoga can help to control risk factors, such as high blood pressure, which increase our risk of heart and circulatory diseases,” said Professor Jeremy Pearson, associate medical director at the British Heart Foundation. “There’s also a lot of evidence that yoga can help to relieve stress and improve mental health, giving us less of a reason to make unhealthy lifestyle choices, such as smoking.”

“It’s not much of a stretch to see why this might improve survival if you’ve suffered a heart attack. Whatever way you choose to do it, taking regular time to exercise and reduce stress is good for your heart.”

The research was presented at the European Society of Cardiology Congress in Paris.