Yoga reduces pain and depression for those battling arthritis • Earth.com 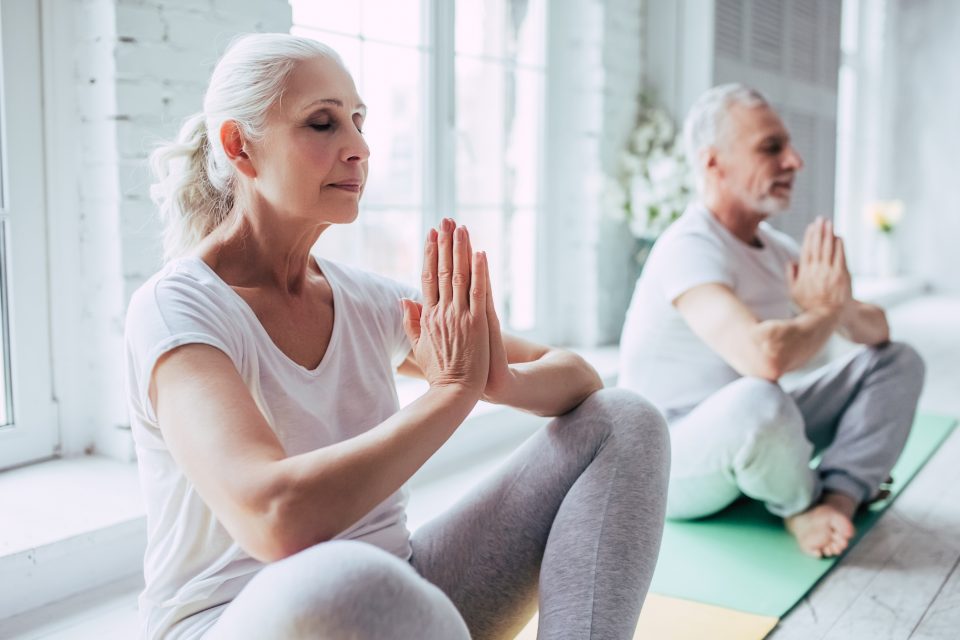 Yoga reduces pain and depression for those battling arthritis. A new study has revealed that eight weeks of practicing yoga can significantly decrease symptoms of rheumatoid arthritis (RA). Intensive yoga practice not only reduced pain among study participants, but also reduced the symptoms of depression that are associated with the condition. The findings demonstrate that yoga has preventive, curative, and rehabilitative potential for RA patients.

Millions of people suffer from RA, a chronic autoimmune inflammatory disease that causes debilitating pain in the joints. The research, which was conducted by the All India Institute of Medical Sciences in New Delhi, showed that RA patients lowered levels of inflammatory biomarkers in their blood by practicing yoga.

“Our findings show measurable improvements for the patients in the test group, suggesting an immune-regulatory role of yoga practice in the treatment of RA,” said study lead author Dr. Rima Dada. “An intensive yoga regimen concurrent with routine drug therapy induced molecular remission and re-established immunological tolerance. In addition, it reduced the severity of depression by promoting neuroplasticity.”

While previous studies have found a link between yoga and improved RA symptoms, this study is the first to examine the potential for yoga to reduce inflammation. The research was focused on 72 RA sufferers who were split into two groups: those who practiced yoga while taking conventional medication or those who took the medication without any yoga training.

To test for inflammatory markers, the researchers collected blood samples from the participants before and after the trial. The team also measured disease severity by assessing pain and swelling in the joints.

The results showed that the group of participants who engaged in yoga practice had significantly lower levels of inflammatory markers and less pain compared to the group who did not practice yoga.

Intense yoga practice was also associated with reduced depression, which often makes patients noncompliant with treatment. When their mental health was improved, patients were more willing to take their RA medication as prescribed and performed everyday tasks with less discomfort.

“Further research is needed for the exploration of possible mechanisms underlying the cumulative effect of yoga on multiple pathways at a cellular level.”

“Yoga facilitates the mind’s capacity to affect bodily function and symptoms mediated through a variety of downstream pathways and bring about natural immunological tolerance.”

The study is published in the journal Restorative Neurology and Neuroscience.