Your dog can feel your stress, new study shows • Earth.com 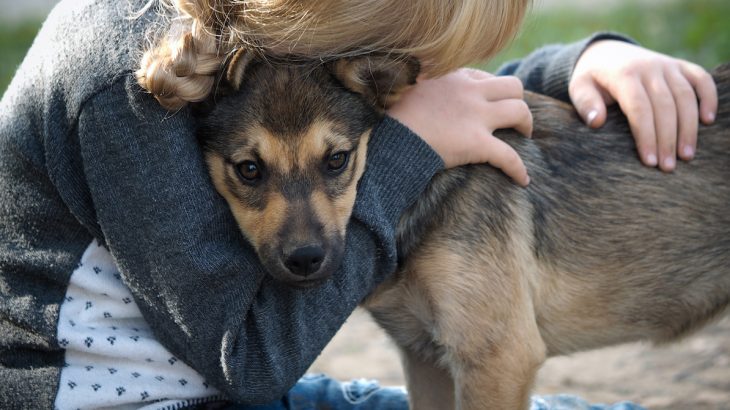 Even if you don’t have a dog of your own, most people know that dogs have a way of staying acutely in tune with their owners.

It’s all thanks to a mutualistic relationship between humans and canines thousands of years in the making, and it’s why dogs are so successful as therapy, companion, and guide animals.

Now, a new study has found that not only can dogs understand their owner’s feelings but they will also mirror their owner’s stress levels.

Researchers from Linköping University studied stress levels in dogs and their owners to see how one influenced the other and examined how lifestyle factors impacted a dog’s stress levels.

Past studies have shown that humans mirror each other’s long-term stress and emotions, but the researchers wondered if this link extended beyond humans between different species.

58 dogs (25 border collies and 33 Shetland sheepdogs) and their owners took part in the research. All the owners were women.

Stress levels were determined by measuring cortisol levels from hair taken from both the dog and its owner over several months.

Before measuring cortisol levels, the researchers compared the companion dogs to active dogs that competed in agility courses to see how physical activity, which is known to increase cortisol levels, impacts stress levels.

For the competing dogs, their stress levels were strongly linked to their owners, but for the companion dogs, physical activity had little impact on cortisol levels.

What the researchers did find was that the stress levels of the companion dogs synched up with those of their owners.

The researchers also asked participants to fill out personality surveys about their dogs to see if stress levels corresponded to a dog’s personality.

However, personality, like physical activity, had little impact on stress levels for the 58 companion dogs.

“Surprisingly enough, we found no major effect of the dog’s personality on long-term stress,” said Lina Roth, the lead researcher for the study. “The personality of the owner, on the other hand, had a strong effect. This has led us to suggest that the dog mirrors its owner’s stress.”

The results of the study, published in the journal Scientific Reports, indicate that there is a strong connection between an owner’s stress levels and their dog’s stress levels yet further research is needed to confirm this correlation.

Factors such as the breed of dog or sex of the owner could impact the results, and the researchers plan to continue studying synchronistic stress levels in dogs and humans.

“If we learn more about how different types of dog are influenced by humans, it will be possible to match dog and owner in a way that is better for both, from a stress-management point of view. It may be that certain breeds are not so deeply affected if their owner has a high stress level,” said Roth.