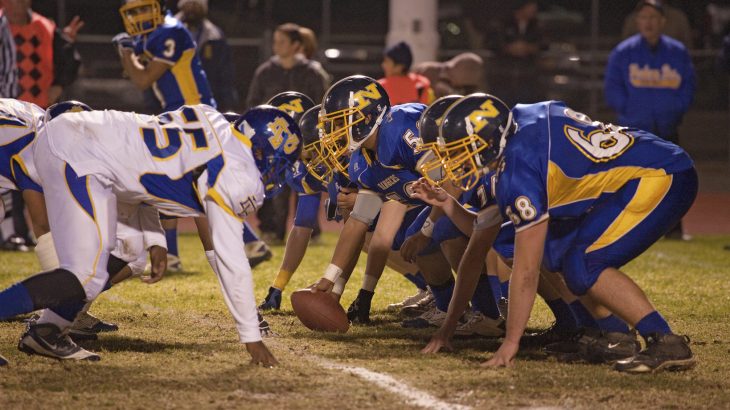 Three million children in primary and high school play tackle football in the United States each year. Meanwhile, there has been growing concern about the potential long-term effects of full-contact sports.

An investigation into the outcome of repetitive sub-concussive head impacts among youth football players has found no correlation with a decline in neurocognitive function.

“In this study of primary school and high school football players, a battery of neurocognitive outcomes tests did not detect any worsening of performance associated with cumulative head impacts.”

The research was focused on 112 football players between the ages of 9 and 18 during the 2016 football season.

Both before and after the season, a range of assessments were performed including: neuropsychological testing, symptoms assessment, vestibular and ocular-motor screening, balance testing, parent-reported ADHD symptoms, and self-reported behavioral adjustment.

The researchers placed sensors in the players’ helmets to record sub-concussive head impacts during practices and games. To yield a cumulative impact measure, the experts added the impact g-forces.

From pre-season to post-season, cumulative impact did not predict changes in any of the outcome measures. Dr. Rose also pointed out that players with a history of one or more concussions did not perform worse during pre-season testing.

A secondary analysis revealed that a history of attention deficit hyperactivity disorder (ADHD) and younger age were associated with score changes on several cognitive testing measures. In addition, a history of anxiety or depression was linked to changes in scores of symptom reporting.

“We expected repetitive impacts to correlate with worsening neurocognitive function, but we found that sub-concussive head impacts sustained over the course of a single season were not associated with neurocognitive functional outcomes. And also surprising, sustaining isolated high g-force impacts was also not associated with worse outcome,” said Dr. Rose. “The lack of a significant association may reflect the need for longer follow up – so we are continuing to follow kids across multiple seasons.”

This paper is the first in a series from the four-year prospective cohort study. Dr. Rose will be presenting data from the second year of the study at the upcoming Child Neurology Society meeting in mid-October.

The research is published in The Journal of Head Trauma Rehabilitation.