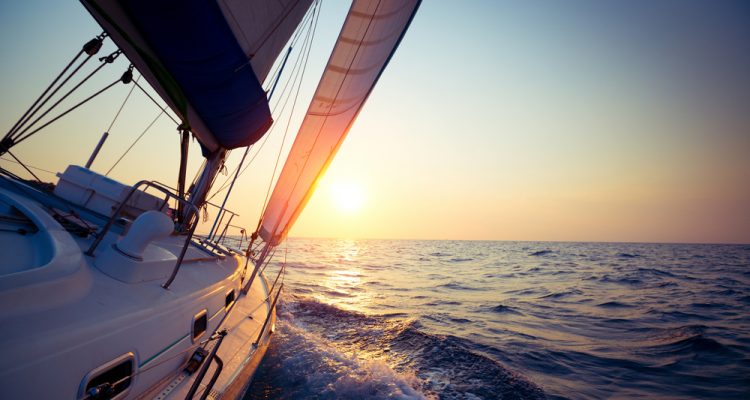 This spring, the first ever zero-emission boat will launch an epic, 6 year trip around the world. The vessel, named Energy Observer, is a former race boat that has received a $5 million green makeover. The boat is now equipped with wind turbines, solar panels, and a hydrogen fuel cell system.

Energy Observer will set sail from the Saint-Malo port in Brittany, France where it is currently docked. From there, the zero-emission boat will make 101 stops in 50 different countries, beginning with Paris.

The vessel was originally designed in 1983, and in its past life, enjoyed great success in sailing races. In 1994, it even won the Jules Verne Trophy, under captain Peter Blake.

Then, in 2015, the Energy Observer Project was imagined by Frederic Dahirel and Victorien Erussard, along with filmmaker Jerome Delafosse.

“I’m passionate about new technologies,” Erussard said. “Building a self-sufficient boat could have seemed utopian, but this is going to be an incredible vessel. It’s very promising for the future.

“We bank on the diversity of renewable energies. And if there is no sun or wind, or at night, we have the option to draw in our hydrogen reservoirs. We will produce this hydrogen in a decarbonized manner through electrolysis of the sea water.”

The project was formally presented Wednesday at UNESCO headquarters in Paris.

“This boat will demonstrate that there are many solutions for energetic transition,” said French environmentalist Nicolas Hulot. “All solutions are within nature.”

Mark Z. Jacobson, engineering professor at Stanford University, has suggested that transportation across the world be equipped to utilize a combination of battery-powered energy and hydrogen fuel cell energy.

“I believe that it is fantastic that a boat powered by hydrogen and electricity will travel the world,” Jacobson told The Associated Press. “It is an important step forward and consistent with this proposed path to 100 percent clean, renewable energy worldwide for all purposes to solve energy security, job creation, air pollution, and climate problems.”