The fungus that drives zombie ants has adapted to climate change • Earth.com 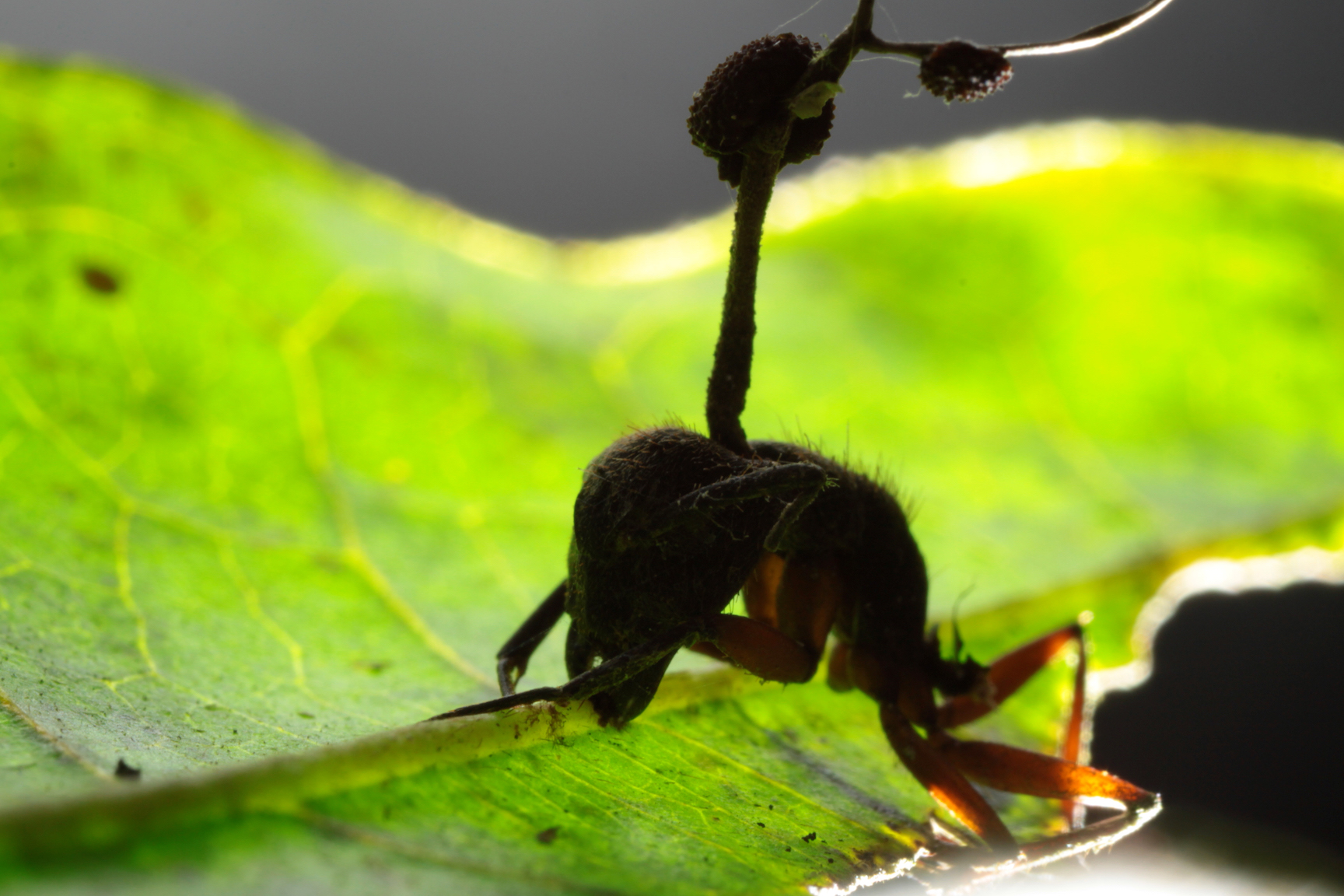 The fungus that drives zombie ants has adapted to climate change

Researchers at Penn State have found that the climate has a major influence on the behavior of so-called “zombie ants.” However, it is the fungi that control these ants, and not the ants themselves, that are evolving alongside climate change.

For millions of years, a parasitic fungus has been manipulating carpenter ants by taking control of their nervous systems, giving rise to the term “zombie ants.”

Once infected, an ant begins its subservient journey to a dying grip on leaves or twigs, where the insect eventually releases the spores of the fungus from its head after death.

It has been well-documented that zombie ants cling to aerial vegetation to assist in the distribution of their controlling fungi. But now, researchers have found that the choice of leaves or twigs that the ants grasp onto are linked to environmental conditions, suggesting that the fungi have adapted to their local climate.

Study co-author David P. Hughes is an associate professor of Entomology and Biology at Penn State. “In tropical areas, zombie ants bite onto leaves, but in temperate areas, they bite twigs or bark,” he explained.

Previous studies have shown that around half of the carpenter ant species can be infected in any given population, yet each species has its own fungus.

While zombie ants are known to exist on all continents except Europe, a fossil zombie ant has now been discovered in Germany, which means they existed in Europe at some point as well.

“They are probably not in Europe because the forests there are so managed,” said Professor Hughes. “They likely went locally extinct there.”

Once inside of the ant’s body, the fungus manipulates the individual to climb high into the tree branches and clamp onto a leaf or a twig in a death grip, a strategic move that allows the spores of the fungus to gradually spread. The infectious spores fall onto the ants below, and the fungus multiplies.

“In the late summer and early fall there are both leaves and twigs everywhere the ants reside,” said study co-author Raquel G. Loreto. “But in temperate areas the trees are deciduous and lose their leaves in the fall. There, the ants bite onto twigs.”

The German fossil, which dates to around 47 million years ago, shows that the ant was biting into a leaf. During that era, all of the forests were evergreen, so all of the zombie ants would have chosen to bite into leaves.

On the other hand, when the climate cooled off, temperate forests grew in the northernmost and southernmost areas worldwide. Zombie ants in those areas that bit onto leaves would have hit the ground as quickly as the leaves fell.

The fungi evolved over time so that, in temperate areas, zombie ants were directed to bite onto twigs or bark.

“Some of the ants do not simply bite the twigs, but wrap their back legs around the twig and hold on,” explained Loreto. “They probably do this because biting twigs in not enough to hold them on.”

The research team studied tropical zombie ants first, and established that they always bite leaves. On the other hand, temperate zombie ants were found to always bite twigs and bark.

Overall, 90 percent of the dead temperate ants were found to have their legs wrapped around the twigs.

“We can estimate that these changes occurred between 40 and 20 million years ago,” said Hughes. “However, because of the scarcity of zombie ant fossils, we can’t be any more specific than that at the moment.”

“What is remarkable here is that we have shown that the complex manipulation of an animal by microbe has responded to selection pressure the climate imposes on animals and plants. That was a cool finding that really excited us.”