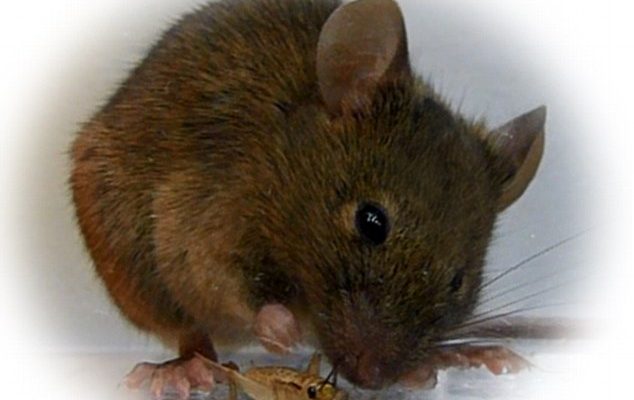 It sounds like a science fiction plot. Using lasers, scientists brainwash an unwitting subject to stalk and kill its prey. But for these hapless zombie killer mice, it’s all too real.

To test their theory, they created aggressive zombie mice with a virus and some lasers.

They injected each mouse’s brain with a light-sensitive virus. Then, they watched until the virus spread that light-sensitivity to the amygdala. Using a thin optic fiber and a blue laser, they were able to turn hunting-focused neurons on and off at will.

This turned the mice into hunting machines.

Using the laser, the scientists could “program” the mouse to chase down prey like grasshoppers and to attack. In other words, they could turn timid mice that were normally the targets of predators into bold hunters themselves, the researchers said.

When the laser was turned off, the mice behaved normally. When it was turned on, they ran around looking for targets, attacking everything from grasshoppers to bottle caps.

However, the scientists’ brain control was not complete. Unlike fictional human zombies, the zombie mice did not attack or eat their own kind. They also were much less aggressive if they weren’t hungry, the scientists said.

That speaks to hunting behaviors being food-driven and not violence-focused, at least in mice.

The researchers also found that if they created lesions on the neurons in the amygdala associated with the biting and killing reflexes, mice would still chase their prey, but they would not kill it.

The research is still in its infancy, but isolating the neurons that control hunting and food-driven behaviors in mice could offer clues to how hunting behaviors evolved in other mammals. It could even offer clues into why some humans struggle with overeating, the researchers said.

However, that would require a lot more study, they said.

The study was published in the journal Cell.