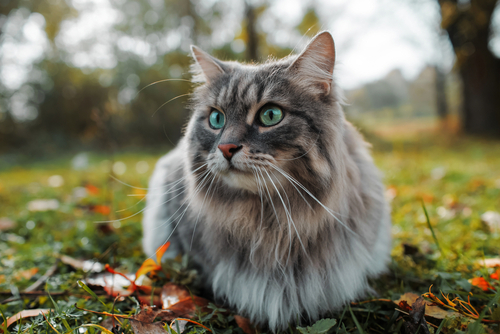 Cat species have had a wild journey through time. One living species is domesticated while all others are not. Some species are long extinct, while others walk our planet today in need of protection from human development. They pepper the internet, prowl in windowsills and in the wild landscapes from Africa to Europe, to Asia, and the Americas. They hunt in the jungle or amongst the house plants. They are a vast group of fascinating creatures that enchant, mystify, and terrify – depending on their size and ferocity.

The most popular pet in the world is the house cat. Known for their elusive personalities, more than 600 million cats live among humans worldwide. According to Cornell University, “Nearly three-quarters of U.S. households own pets”. So while some species, such as the lynx of North America, is almost impossible to spot, house cats (or feral ones) are nearly impossible to avoid if you live in a developed area.

Today we are going to explore these categories – from wildcats, tabby, feral cats, to domestic cats to understand the nuances between the groups and better understand the evolutionary process of domestication that takes place when certain species come into close proximity to Homo sapiens over generations.

These stories and biological examples stretch the breadth of the globe – from the fertile crescent of antiquity to the high rise apartments of New York City, cats are a sneezingly, meowingly, purringly prevalent animal in our societies that have possibly shaped us as much as we’ve shaped them.

The Evolution Of Cats

The evolution of cats on planet earth is a story told in the fossil record and through our own inherited imaginations – and it plays out today in our own homes and in ecosystems around the world.

Felidae is a family of mammals in the order Carnivora – these are the cats, big and small. Members of this family are also known as felids, and people also use the term feline to describe these creatures. They are terrestrial carnivores with various fur patterns, muscular body shapes, and claw and teeth sizes.

The earliest cats in the archeological record date back somewhere between 30 million and 28.5 million years ago.  Proailurus is the oldest known cat we know of. It roamed the landmass we now designate as Eurasia and we’ve found fossil remains of this species in France and Mongolia. Today, there are 36 species of wild cats. This includes the African wildcat (Felis silvestris lybica), European wildcat, lynx, lions, and tigers. Further subdivisions into subspecies are, at best, controversial. We will touch more on these wild species later on. Either way, they are a far cry from the house cats (felis catus) at your grandmother’s house. So what happened in between and how did one species of cat come to be domesticated?

Domestication is the “sustained multi-generational relationship in which one group of organisms assumes a significant degree of influence over the reproduction and care of another group to secure a more predictable supply of resources from that second group.” It is a process of innovation that has defined our societies and is ranked with similar importance as making fire and the development of language.

While individuals of an animal species can be “semi-domesticated” in the sense that someone has endeavored in taming a particular individual (like a pet leopard for example), this is different than domestic animals within human society – an evolutionary process we can see right down to the DNA sequencing of species and subspecies.

Domesticating Cats Across The Globe

We can see the fingerprints of this process in the gene sequencing of cats today. According to a 2007 study published in Science, the world’s domesticated cats ” carry patterns of sequence variation in their genome that reflect a history of domestication and breed development” and explains that cats were “domesticated in the Near East”. One theory is that this happened in conjunction with early human settlements of farming in the Middle east. Most cats today, no matter where they are found on the globe, are descendants of 5 “founders” from this region.

In the case of cat domestication specifically, it was a hotly contested issue for many years, but with the development of science and our ability to look at the cat genome, we now know that “all domestic cats [house cats] are descended from Felis silvestris lybica.

This dates the relationship between humans and at least semi-domesticated cats to over 10,000 years ago. Pretty wild when you consider the fact that the house cat contributes so little to human survival – a factor that evolutionary biologists and sociologists have been scratching their heads over for years.

There is also evidence to suggest that a species of cat became domesticated on the continent of Asia simultaneously. Cat remains in China may be evidence of a domesticated leopard species that occurred independently of the domestication process that took place in the Fertile Crescent and was later accelerated in Ancient Egypt. However, scholars did not find evidence to link any modern-day house cats to leopards, so the species did not last.

Did Cats Domesticate Themselves?

Now here’s an entertaining tidbit that probably won’t be too shocking to any cat owners out there: there’s evidence to suggest that cats actually domesticated themselves, in a sense.

Scholars theorize based on certain findings that cats essentially invited themselves to human settlements 10,000 years ago – taking advantage of the mice in the grain stores and food scraps that they were sure to find nearby.

Which, of course, begs the question: did cats domesticate us? It’s an entertaining twist to ponder. Either way, humans and felids have been living domestically for a long, long time.

Scholars argue that cat domestication has shifted in the last 200 years – to the detriment of house cat health, unfortunately. Nowadays, most cats are kept indoors, neutered, and aggressively selected for specific traits. A study in Denmark found that “purebred” cats have significantly higher rates of disease. Their study also showed that neutered cats are more likely to display behavior abnormalities. Overall, it appears as though our current practices of cat breeding are no longer beneficial for the cats, instead escalating their negative welfare.

Scholars long believed that the Ancient Egyptians were the first to domesticate and keep cats as pets before more recent studies revealed an even longer history dating back to neolithic farming communities in the near eastern fertile crescent.

Even if the timeline of domestication has shifted with more information, we know that 3,600 years ago or so, Ancient Egypt was indeed a cat-enthusiast culture as communicated by what remains of Egyptian murals and texts – and even mummified felines.

Egypt isn’t the only nation-state with a history of cat worship and cat burial, however. Other Mediterranean regions also took part. In 2001, archeologists discovered the grave of a human and their pet cat on the Island of Cyprus, buried together in ceremony some 9,500 years ago.

In India today there is a widespread belief in a cat-diety named Waghoba. This is a deity connected to the power of protection and linked to tigers and leopards. There are not many studies surrounding this spirituality and framework or others similar to it. Cultural scholars continue to encourage ecologists to take these spiritual philosophies into consideration, however, explaining that these mythological understandings might be the foundation for effective, lasting collaborations and co-adaptions with local indigenous communities.

Some cats are wild, some cats are domesticated. It depends on the species and the history of that species in tandem with humans.

While people may dream of having a pet tiger or leopard, these animals are not domesticated and to keep these wild cats in captivity is in most instances a cruel fate for these majestic creatures. The documentary series “Tiger King” which took the western world by storm during the early days of the Coronavirus pandemic is an excellent, intriguing, and somewhat horrifying example and discussion around the topic.

And plus, there is a wide variety to house cats to chose from if you are wanting to incorporate a feline into your life. There are about 42 cat breeds recognized by veterinarians. Cat owners delight in various personality traits – a comforting purr, a tabby cat’s distinctive “M” on the forehead, or an affinity for catching and killing vermin to name a few.

And as it turns out, house cats are a big business. The most expensive cat breed is the Ashera cat. This breed is a genetic combination of wild cat breeds and domestic cats. The price for this feline friend can be upwards of $125,000. And the spending doesn’t stop when you buy a new furry friend – animals cost money to care for, as well. The pet industry saw an especially dramatic boom during the pandemic as affluent consumers were home full-time with their pets. This industry surpassed a whopping 100 billion dollars in 2020 alone. This includes expenditures such as food and vet visits. For individuals, the average amount spent on a cat will go up along with the cat’s age.

There are also many instances of feral cats – these are domesticated cats that are unowned and avoid contact with humans. They might live individually or operate in large colonies. Feral cats can be a massive challenge for city planners. Their numbers are sprawling in some parts of the world and can cause serious problems via pathogens and also pose a threat to bird populations in the area.

We’ve touched on wild cats a bit today. And while focusing in on the domestic cats we consider family members is a fun and fascinating look at a particular species, the truth of the matter is that wild cats are threatened by human development and climate crisis. Domestic cats might make our houses feel like home, but wild cats are often keystone species within an ecosystem and balanced ecology is bleak without them. Without a functioning food chain or available food sources, our interactions and overlaps with wild animals become dangerous and untenable. Many are on the brink of extinction. Examples include tigers, Iberian lynx, Borneo Bay cat, and the Andean cat.

As we learn about the quirks of our pets, we must also mobilize and organize habitat conservation and restoration on behalf of their wild animal cousins and the landscapes they inhabit. We must cultivate protected ecosystems and animal sanctuaries instead of tiger king horror shows. Human development is speeding up, not slowing down – even as our predictive science paints a dire portrait of our fate should we continue on this path.

The journey that cats and humans have shared is long, with many chapters, twists, and turns. In our modern age, the story continues. As we unfold into the future, we have to decide what to do as a species and in doing so, determine the fate of the wondrous cats, and the wide kingdom of other creatures whose lifecycles swing delicately in the balance of our human ability to shift and restore.