Expert explains why cats and older women are such a great match • Earth.com 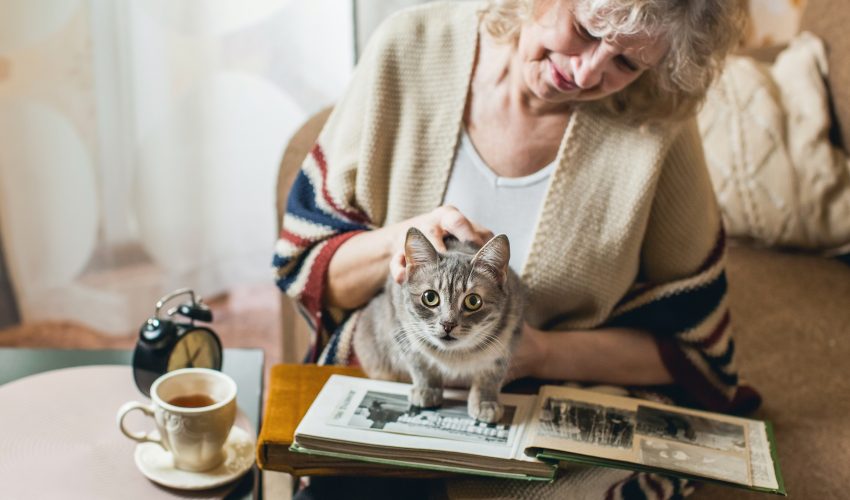 Cats appear to have better relationships with older women, according to a new article by a university expert in animal behavior.

While men are more likely to interact with cats while seated, women are thought to be more likely to play with them at their own level, on the floor, writes Jenna Kiddie, senior Lecturer in animal behavior and welfare at Anglia Ruskin University

Cats prefer adults to children because they usually call to a cat before interacting, allowing the cat to decide whether to respond or not, Kiddie writes on the website The Conversation.

Children, especially boys, tend to approach cats directly, which may not be tolerated well by individual cats. Interactions initiated by the cat itself tend to be longer than those initiated by the human, Kiddie said.

The cat’s sociability towards humans therefore ranges from “very independent” to “very attached,” she wrote.

“Where an individual cat lies on this spectrum is likely related to genes and previous learning experiences – that familiar mixture of nature and nurture,” Kiddie writes. “For example, feral kittens who have positive experiences with several different people in their early developmental stage (before six or seven weeks of age) are more likely to respond well to handling and become satisfying “good” pets than feral kittens which are first handled after the end of this period.”

Breed may also influence how friendly cats are to people. Owners of Siamese and Persians report higher levels of affection than owners of non-pedigree cats, for example.

Significantly lower numbers of cats preferred toys and scents. “The preference of some cats for playing or petting interactions with people over food is contrary to the age-old belief that people are just cats’ servants, who only tolerate people because they provide food,” Kiddie writes.

Other research has shown that providing food in the absence of other social interactions from  humans, such as speaking or stroking, cannot maintain a social bond, she said.