Are Crabapples Edible? Are They Really Apples? • Earth.com 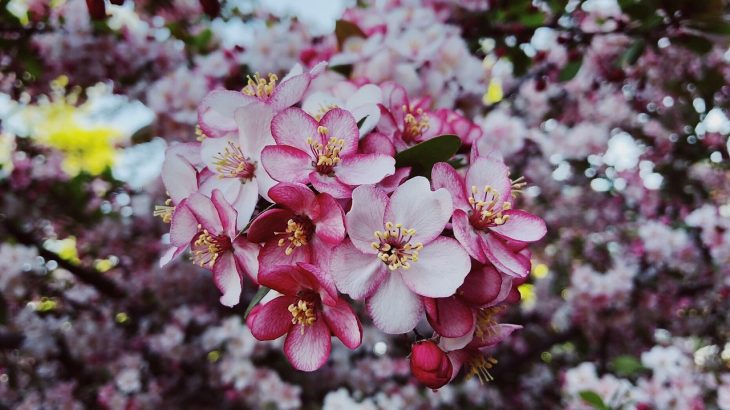 Are Crabapples Edible? Are They Really Apples?

We’ve all sunken our teeth into a tiny crabapple, hoping it would be tasty. Then, almost always, it is a nasty, sour experience that we don’t want to repeat. Can something that intensely puckering be healthy for humans to eat? In fact, the Old English word ‘crabbe’ means bitter, or sharp tasting. What is the relationship between these sour crabapples and tasty, commercial apples?

How Did Apples Come to Be?

Apples and crabapples reside in the genus Malus. In Latin, this word means evil or wrongdoing, referring to Adam and Eve in the Garden of Eden. There are at least 45 species of trees in the Malus genus. These trees are native to many cooler places in the northern hemisphere, from the U.S. to Pakistan to China.

All of these tree species are crabapples, except for Malus domestica. M. domestica is the big, juicy, sweet cultivated apple. Granny Smith, Red Delicious, Honeycrisp, and Fuji are all varieties of M. domestica. Researchers constantly create new varieties of apples from this one species.

People in central Asia began to breed the Malus sieversii species of crabapples 4,000 to 10,000 years ago. Through time, they were able to coax sweetness into the fruit and sourness out of the fruit. They also chose trees with bigger fruits, resulting in much larger apples over time.

Eventually, this tree differentiated from M. sieversii enough to be considered a different species. M. sieversii still grows in the wild in central Asia. However, humans didn’t stop with selectively breeding M. sieversii.

A few varieties of crabapple trees during their peak bloom. Photo courtesy of Deb Nystrom

What Is the Purpose of Crabapple Trees?

Instead of being grown for food, crabapple trees are generally grown for their beauty. Historically, humans took a liking to a handful of these species, selecting for their bright, abundant flowers. Compared to their tastier counterpart, domesticated crabapple trees have impressive spring blooms and a wide variety of shapes and colors.

The larger gene pool in crabapples allows for more genetic variation, so these trees vary in shape, blossom color, hardiness, and fruit color. Check out how many varieties there are! They can be bushy, weeping, spreading, straight, or anything in between. The blossoms can be anywhere from white to bright pink, and the fruit anywhere between green, orange, yellow, red, and pink. This stunning and aesthetically appealing variation has earned crabapples the title ‘Jewels of the Landscape.’

Crabapples Can Aid in Apple Production

Many commercial farmers plant crabapple trees, even though their apples aren’t sellable. Why would they plant trees that don’t produce a crop?

Well, they likely wouldn’t have a sellable crop if it weren’t for crabapples. When humans bred the domestic apple tree, they made it self-incompatible. This means that the pollen from the same variety of apple can’t pollinate itself. Therefore, a pure monoculture of Honeycrisp apple trees wouldn’t be able to produce any apples. 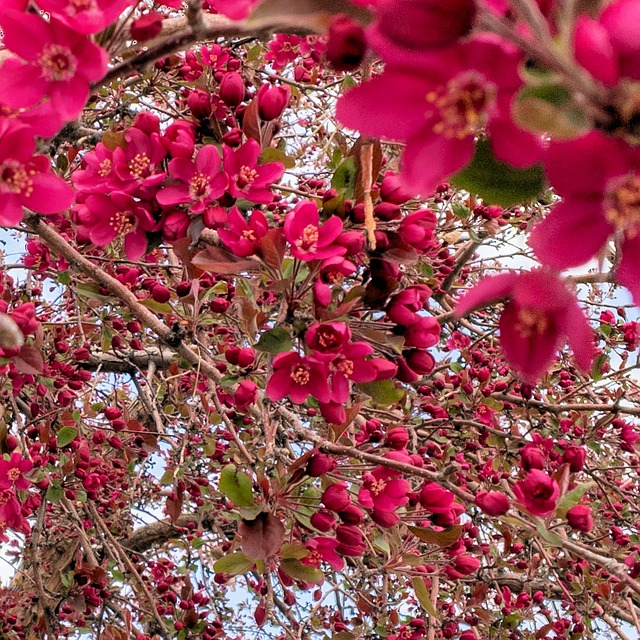 Now, think of crabapple trees and their thousands upon thousands of flowers. These flowers contain viable pollen, which, when chosen correctly, will fertilize M. domestica trees. Some orchards plant crabapples as often as every 1 in 5 trees. Bees and other pollinators carry the fertile pollen from the crabapple trees onto the blossoms of the domestic apple trees to create fruit.

Some farmers also experiment with using crabapple rootstock for their apple trees. They take the limbs from an apple tree and literally smush them onto the roots of a crabapple tree. If the crabapple tree was super cold-tolerant, the resulting domesticated apple tree limbs will be as well. Grafting is pretty crazy, huh?

So crabapples are extremely valuable from a commercial farming perspective, even though they can’t sell their apples. It’s likely that you can thank crabapple trees for the apples in your fruit basket!

Let’s Get to the Bottom of This, Are These Sour Apples Edible?

Many other fruits contain malic acid, such as berries, peaches, pears, and plums. Much of the taste of rhubarb can be accredited to its high concentration of malic acid. If you eat tons of crabapples, the amount of malic acid could upset your stomach. But don’t worry, it’s harmless and nothing to worry about. 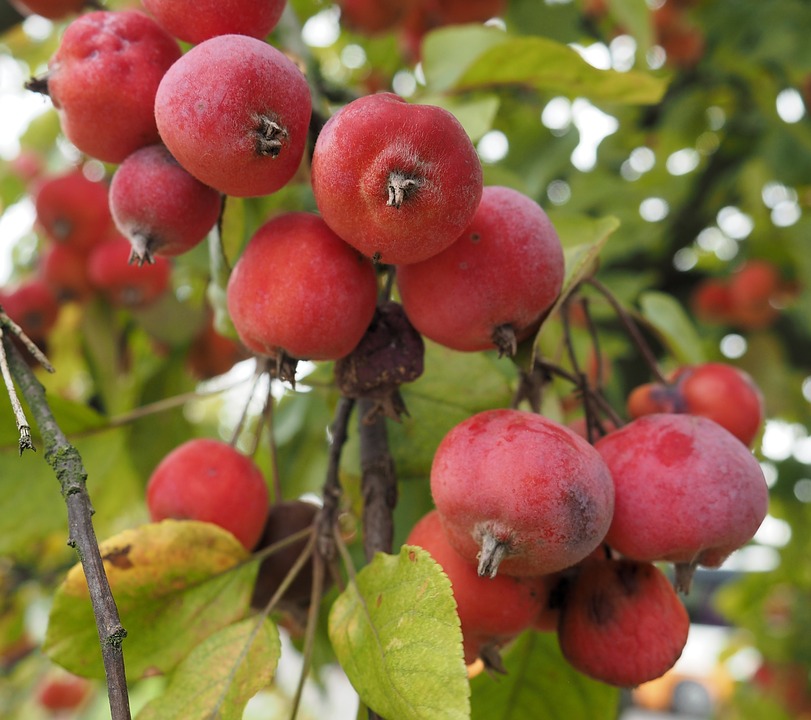 Crabapples are generally less than 2 inches across, while domesticated apples are larger.

What Can I Do With These Tiny, Hard, Bitter Apples?

While they can’t easily be eaten raw, these fruits work well in a few foods. Their fruit contains high amounts of pectin, which is the crucial ingredient that gives jelly its texture. With enough sugar, crabapple jelly can be just as good as any other jelly.

Some people use crabapples to make apple cider. They can also be added to traditional apple cider to give it a more interesting taste profile.

Also, remember that crabapple trees are mainly grown for aesthetic value. Appreciate them for the beauty they possess, rather than being bitter about their fruit’s taste! 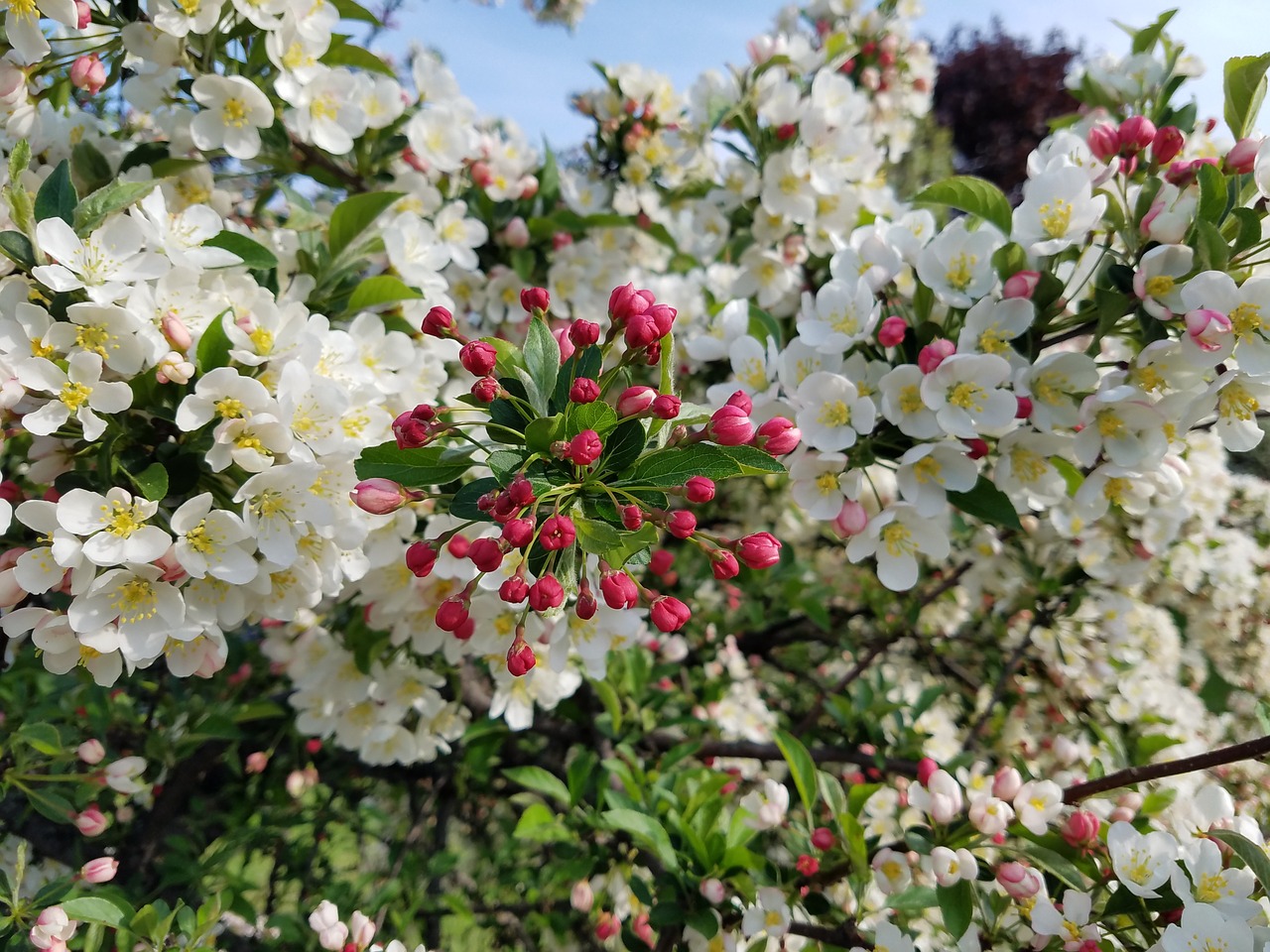