What is Hadean Eon? • Earth.com 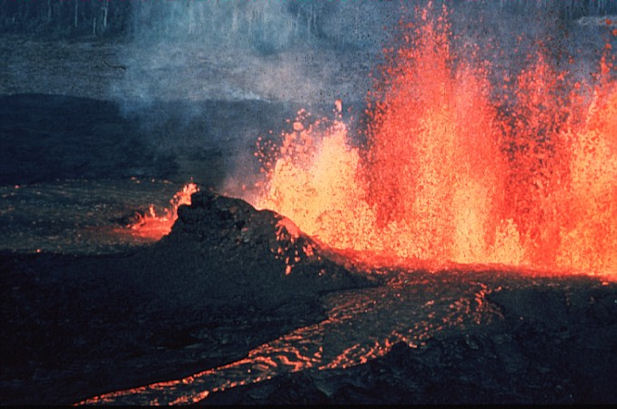 What is Hadean Eon?

It is the unofficial geological period of time that lies just before the Archean time period. The Hadean began with the formation of the Earth roughly 4.5 billion years ago (Ga) and ended about 3.8 Ga; the latter date varies according to different sources. Hadean is derived from Hades, Greek for underworld, referring to the hellish conditions on the planet at the time. The term was coined in 1972 by geologist Preston Cloud. The period was later classified as the Priscoan period by W. Brian Harland — however older texts typically referred to it as the Pre-Archean age, or eon.

There are very few geological traces of this period remaining on the planet and, hence, there are no official subdivisions. However, the Lunar geologic timescale embraces several major divisions relating to the Hadean and so these are sometimes used in an informal sense to refer to the same periods of time on Earth. These Lunar divisions are: Pre-Nectarian (from the formation of the Moon’s crust up to 3.92 Ga; and Nectarian (ranging up to 3.85 Ga).

In the last decades of the 20th century, geologists have identified a few Hadean rocks in

. Rock formations in Greenland were comprised of sediments that dated around 3.8 Ga and were found to be somewhat altered by a volcanic dike that penetrated the rocks after they were deposited. Geologists found zircon crystals in sediments in the Canadian and Australian finds that were much older. The oldest dated zircons dated from about 4.0 Ga — very early in Earth’s history.

The Hadean Eon is often characterized by extreme volcanism as Earth continued to cool. Large amounts of water would have been in the material which formed the Earth. Water molecules would have escaped Earth’s gravity more easily when it was less massive during the formation. Hydrogen and helium are expected to continually leak from the atmosphere during this time.

It has been theorized that part of our ancient planet’s formation was disrupted by an impact that created the Moon, which should have caused melting of one or two large areas. Present composition does not match complete melting and it is hard to completely melt and mix huge rock masses. However, a fair fraction of material should have been vaporized by this impact, creating a rock vapor atmosphere around the young planet. The rock vapor would have condensed within two thousand years, leaving behind hot volatiles which probably resulted in a heavy carbon dioxide atmosphere with hydrogen and water vapor.

During this phase, oceans that existed had unpleasant surface temperatures of 446 degrees Fahrenheit; this is due to atmospheric pressure of the heavy CO2 atmosphere. As the Earth continued to cool, subduction and dissolving in ocean water removed most of the CO2 from the atmosphere. However, strong levels still fluctuated wildly as new surface and mantle cycles appeared.

Geologists theorize that liquid water must have existed as long as 4.4 Ga, based on their studies of zircons. This finding would require the presence of an atmosphere. Studies of the zircons (September 2008) have revealed that plate tectonics occurred on the surface as early as 4.0 Ga. This was indicating the ancient planet’s surface transitioned from hot, volatile and molten with exceptional levels of CO2, to being very similar to conditions seen today, at about 4.0 Ga. The actions of plate tectonics and oceans traps vast amounts of CO2. This was eliminating greenhouse gases and leading to a much cooler surface temperature where the formation of solid rock and even life can occur.

It is unlikely that life could have formed and established in the extremely volatile conditions of the Hadean Eon. If life had begun to form at this time, it most likely would have been destroyed over and over again until optimum conditions were in place for life to take a foothold. However, it is possible for the building blocks necessary for life to exist were formed at some point during this period. Life would have surely been able to thrive once the Earth transitioned into the Archean Eon, once conditions on Earth began to stabilize.