Pretty From Afar: Check Out These Deadly Flowers • Earth.com 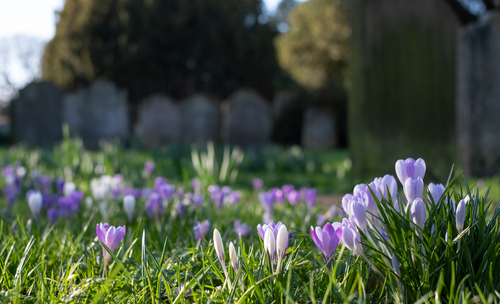 Pretty From Afar: Check Out These Deadly Flowers

We love to celebrate beautiful flowers! They bring us joy, romance, a splash of color, and… hold on…death?!  That’s right, some species of plants take their self-defense beyond a simple thorn. With different concoctions of toxic chemicals, these deadly flowers pose a significant threat to those who eat (or sometimes even just touch) them. An incredible juxtaposition of beauty and destruction, we found it incredible to learn about these pretty, poisonous flowers.

Native to Europe and Asia, but planted worldwide in ornamental gardens, oleander is at the top of our list of deadly flowers. It’s popular as a backyard plant for good reason. It grows as an evergreen shrub and decorates itself with showy flowers and fruits, not to mention it’s extremely hearty. Tolerant to heat, drought, salt, and herbivory, oleander is easy to care for as well. However, all those perks come with a very serious cost.

With its delicate whirl of pastel petals scented like apricots, you wouldn’t cast Nerium Oleander a second glance before adding it to a bouquet or burying your nose in a cluster of blooms. But oleander is worth that second glance… and probably a third. Every part of the plant is highly toxic and, in many cases, fatal. Even just roasting a marshmallow on an oleander branch has resulted in deaths. A single leaf can kill a child, and honey made from oleander nectar can be toxic. Even just touching the leaves or stem can cause skin irritation.

What makes oleander such a beautiful menace? The plant contains two types of cardiac glycosides. When eaten, these chemicals disrupt the electrical conductivity of the heart. As you know if you’ve ever taken a CPR class or witnessed the shock of a defibrillator, maintaining regular electrical currents is imperative for cardiac health. In minuscule, measured doses, these potent chemicals can actually act as a medicinal treatment for heart failure. However, consuming them straight from the oleander bush causes irregular heart activity, eventually leading to cardiac arrest and even death.

Also known as monkshood, aconite, or devil’s helmet, folktales popularized the plant Aconitum napellus. Touted as a defense against werewolves, this member of the buttercup family can be found across central and western Europe. However, the plant’s cousins in the same genus can be found worldwide. Generally, this herbaceous flower perches in purple clumps on tall stalks. The petals of each individual flower arrange themselves to look like a little cowl for a miniature Catholic monk.

A Poison for the Ages

Wolfsbane isn’t a surprise to the deadly flower list. In fact, it’s one of the oldest documented plant-derived poisons. Both ancient Greece and Rome civilizations have recorded uses of the drug, and Cleopatra purportedly used the poison to kill her brother Ptolemy XIV. Aconite even made a celebrity appearance in Shakespeare’s Hamlet – Laertes uses wolfsbane to poison the blade that (Spoiler Alert!) kills Hamlet in the final scene.

The deadly flower factor comes from aconitine, an alkaloid chemical that paralyzes nerves, lowers blood pressure, and causes heart failure.  Even in small doses, wolfsbane can cause numbness and nausea.

Another member of the buttercup family is wolfsbane’s cousin larkspur. While this Delphinium species is rarely fatal to humans, it gets an honorable mention on the list as it can be a terror for cattle ranchers. Alkaloids in the plants target the muscular-skeletal system and can cause weakness and paralysis when consumed. Like all the deadly flowers on this list, you wouldn’t guess it from their dainty appearance. Larkspur flowers look like wee fairy hats – hardly a foreboding figure!

With an ominous name like “nightshades,” the entire plant family of Solanaceae found a spot on our deadly flowers list. Though this family comes with plenty of exceptions that prove the rule. In fact, if a nightshade plant isn’t deadly poisonous, it is likely on your dinner plate. The family includes popular culinary vegetables like tomatoes, potatoes, eggplant, and peppers. But even these aren’t entirely innocent. Some people have extreme sensitivity to all nightshades and can’t eat any of these tasty treats. While the rest of us may be content with our pasta sauces and french fries, everybody needs to watch out for these two beautiful, yet deadly, flowers listed below.

Don’t let the irony of a name like angel’s trumpet escape you. All five members of the Brugmansia genus are devilishly toxic. However, the elegant blooms of the angel’s trumpet work hard to deceive you. Growing as large woody shrubs or small trees, the giant tubular flowers hang down like white, yellow, or pink ornaments. From stem to leaves to flowers, every part of the plant contains tropane alkaloids like atropine and scopolamine. If consumed, the poisons target the nervous system including the heart, digestive tract, and brain. In small doses, the poisonous plant can be a dangerous hallucinogenic, and larger amounts can lead to death. Small children that have access to the plant can experience dilated pupils and blurred vision just by handling the flowers.

Another nightshade with a dramatic name, belladonna is Italian for “beautiful woman.” But this plant is a witchy lady you do not want to cross. The flowers of Atropa belladonna, though smaller than angel’s trumpet, have the same tubular shape with a rich purple or burgundy color. Also similar to its nightshade cousin, belladonna poisons with its own cocktail of tropane alkaloids. Though with this particular brew, ingestion of large quantities of the alkaloids causes paralysis, dilated pupils, and constipation, along with severe hallucinations. However, like many of the toxins on this list, in carefully measured doses, the chemicals from belladonna have a range of medical uses, including as an anesthetic, a treatment for gastrointestinal disorders, and even as an antidote to other poisons.

Water hemlock (Cicuta spp.), also called poison hemlock, is another plant with tasty cousins. Although a member of the Apiaceae family along with carrots, celery, and parsley, water hemlock should NOT be added to your veggie soup. In looks, however, the family resemblance is uncanny. With the firework display of tiny white flowers, water hemlock has an outward appearance of its more palatable umbellifer cousins. Member of the genus can be found across North America, so keep a lookout in any wetland areas.

Misidentification Is a Deadly Mistake

Water hemlock poses a particular challenge because of its resemblance to the edible plant cow parsnip (Heracleum maximum). With its high nutrition value and delicious taste, foragers and wildcrafters treasure a cow parsnip harvest. But anyone looking to get their greens from the forest instead of the produce aisle should religiously practice their plant identification. Confusing a delectable treat with the poisonous water hemlock is a deadly error.

The poisonous plant contains a fast-acting mix of ​​potent unsaturated alcohols. With just a few bites, the toxins seep into the bloodstream, causing violent convulsions and respiratory failure.

Lily of the Valley

This sweet little plant may be a symbol of pure heart from a floriographer’s perspective, but they can literally cause a heart to stop (and not in a romantic way). Native to Europe and naturalized to North America, Convallaria majalis grows in rhizomatous groups. The tiny white flowers stand out among long, verdant green leaves. But don’t let these cute little bells fool you.

This diminutive plant contains almost 40 cardenolides. Known for causing cardiac arrest, these steroids permeate the entire plant with the greatest concentrations in the roots. However, the attractive red berries are the main culprit with most poisoning cases occurring in young children who thought they could forage a snack. Symptoms of Lily of the Valley poisoning include abdominal pain, blurred vision, an irregular heart rate, and diarrhea.

Appreciate From a Distance

This list is far from complete. While not as deadly, other poisonous flowers pop up in bouquets and front yards alike. We can’t go into every toxic plant today, but be wary of dogs that like to dig. Unearthing bulbs from daffodils and tulips can make a puppy sick. Similarly, keep curious children away from hydrangeas, azaleas, morning glories, and rhododendrons. In fact, it’d be best to get a guidebook before venturing into the world of edible flowers.

Whether you grow any of these as houseplants or as part of your landscaping, beware of their dangerous beauty. Though their stunning appearance may take your breath away, too much exposure to these toxic plants can turn that phrase from a figure of speech to a literal death sentence.