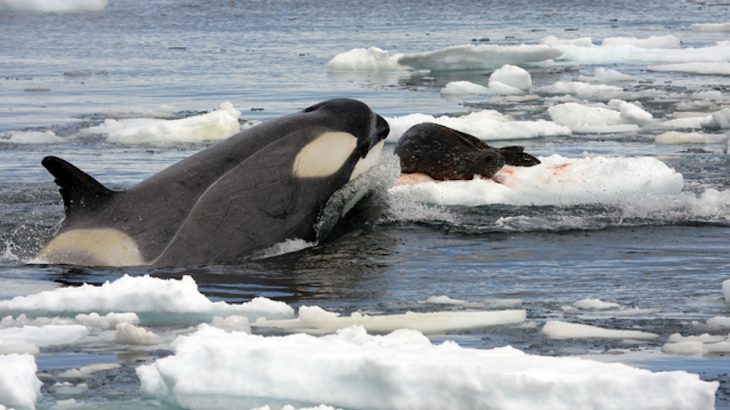 What Do Sea Mammals Eat?

The first legged fish began to leave the prehistoric ocean for land around 370 million years ago. Though this planted the seed for nearly all land-based life we know today, evolution flipped around (a few times.) Many species of mammals have moved back to the ocean, rivers, and other bodies of water. Dolphins, otters, and polar bears are just a few examples.

This transition from land back to the sea has happened at least three independent times in evolutionary history. Despite their many differences, these sea mammal species eat similar things, in similar ways. And each species has had to adapt to hunting prey in the water, which is no easy task.

The transition to underwater hunting was far from simple. If you’ve ever swum in the ocean, you know how bad a mouthful of saltwater is. The way things move in water is another issue. Water transfers your movement better than air. As an otter swims towards its prey it is actually pushing it further away. Avoiding inhaling water with their meals is just one of the challenges. Hunting, swimming, breathing, and eating are all made more challenging by the aquatic environment. As a result, these species have evolved a few specialized strategies to stay well fed.

The feeding behavior of marine mammals can be organized into distinct strategies. Each strategy tracks the evolutionary progression of these species. These move from hunting much like mammals on land, to extremely specialized techniques such as filter feeding. Here are five distinct marine hunting strategies, the sea mammals that use them, and, of course, answers to the question: what do sea mammals eat? These categories come from a 2017 study published by The Royal Society. 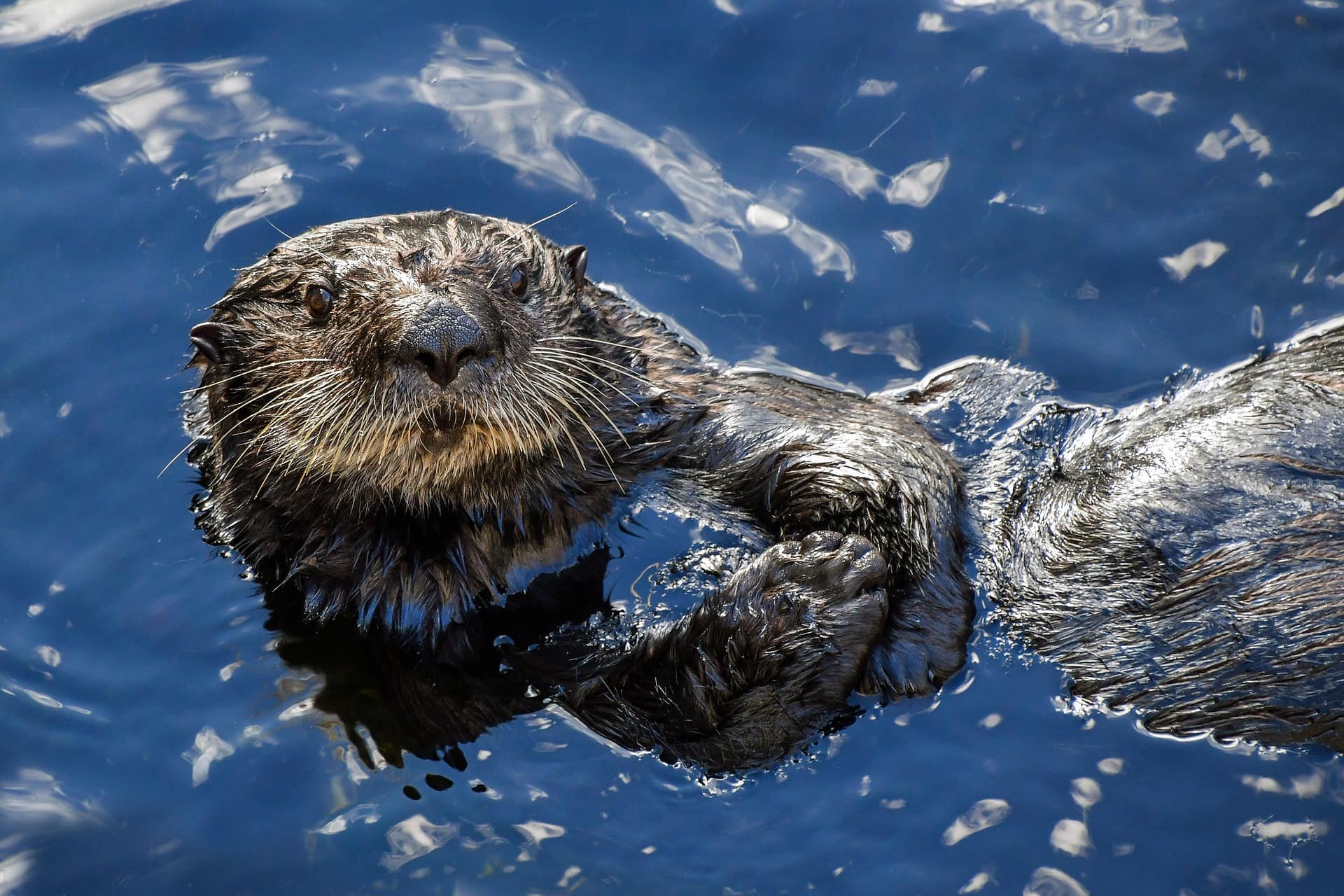 Species such as seals and otters use semi-aquatic feeding. This is closest to the feeding behavior of their terrestrial ancestors. They hunt their prey underwater using their mouths. Once they have caught something they return to the surface to eat.

Otters are one of the most obvious examples of this strategy. They eat primarily shellfish, though 20-35% of their diets come from fish (and even some small squids.) 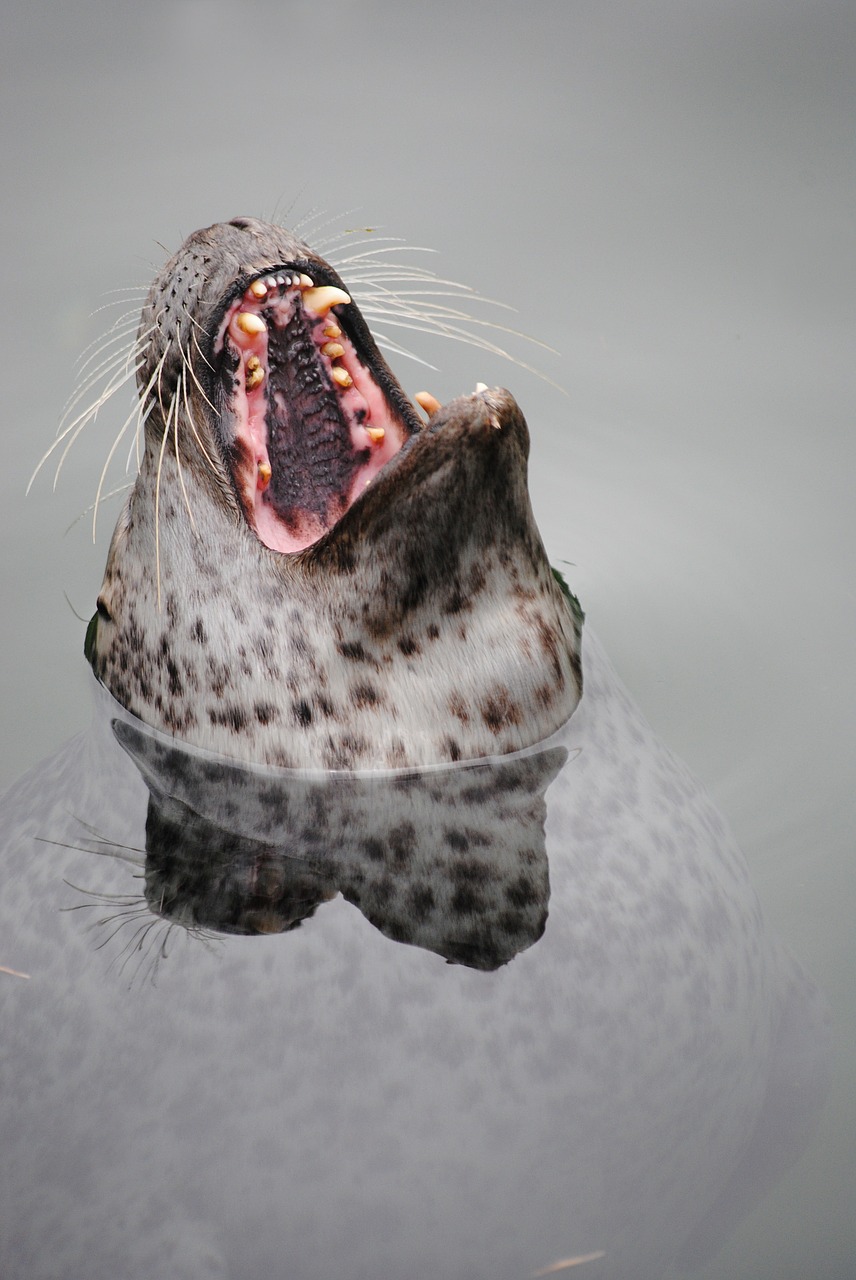 Though dolphins and seals are very cute, their mouths are full of razor-sharp teeth. To a penguin or a fish, these skilled hunters aren’t cute at all. They are terrifying predators.

The unique aspect of how dolphins and seals hunt is that they can swallow their prey while underwater. This enables them to hunt without returning to the surface.

These animals have a more diverse diet than semi-aquatic feeders.

Leopard seals eat a diverse diet due to their ability to switch between types of prey depending on availability. This enables them to hunt for krill, fish, squid, and even penguins! 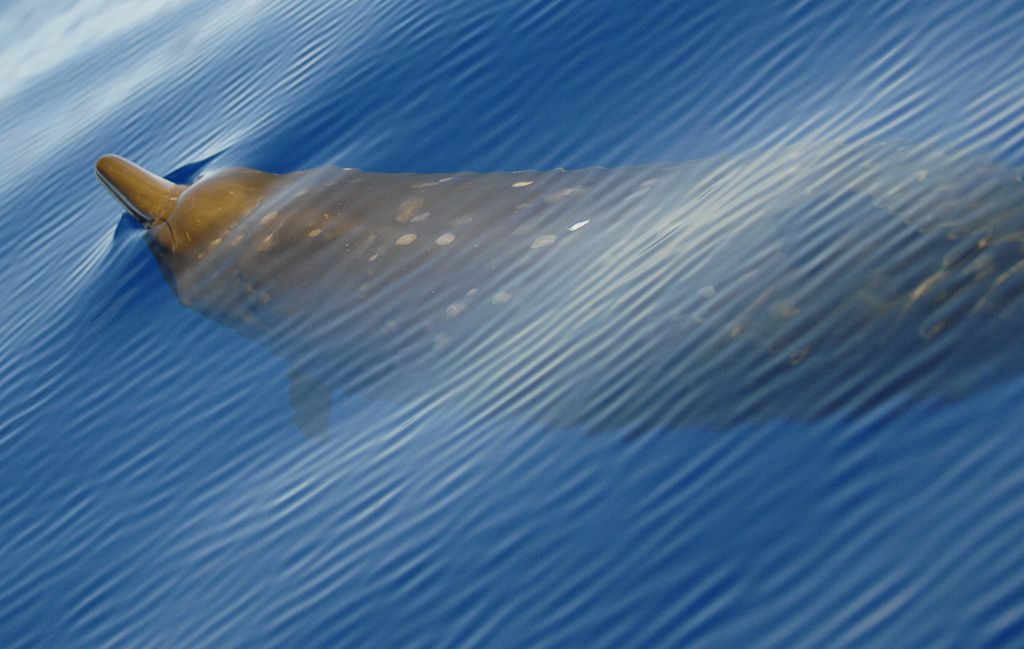 Some marine mammals have abandoned sharp teeth. Instead, they hoover up their prey. Suction, rather than teeth, keep their prey from escaping. This simplifies the process of catching and holding prey underwater. They can eat fish living in the deep sea, skipping the tiring journey to the surface. This unique feeding mechanism enables these species to be successful aquatic hunters.

Some seals, sperm whales, and beaked whales all fall into this category. Most of these species eat a fairly balanced mix of squids, fish, and mollusks.

While suction feeding greatly improves mammals’ hunting abilities, small prey is still difficult to catch. This represents a big missed opportunity! Phytoplankton (which photosynthesize) and zooplankton (which eat other plankton) represent a huge amount of the biomass of the ocean.

Suction filter feeders have a filter in their mouths. These can be the brush-like baleen plates of grey whales or the specialized teeth of crabeater seals. (Oddly, crabeaters eat 90% Antarctic krill, and no crabs.) 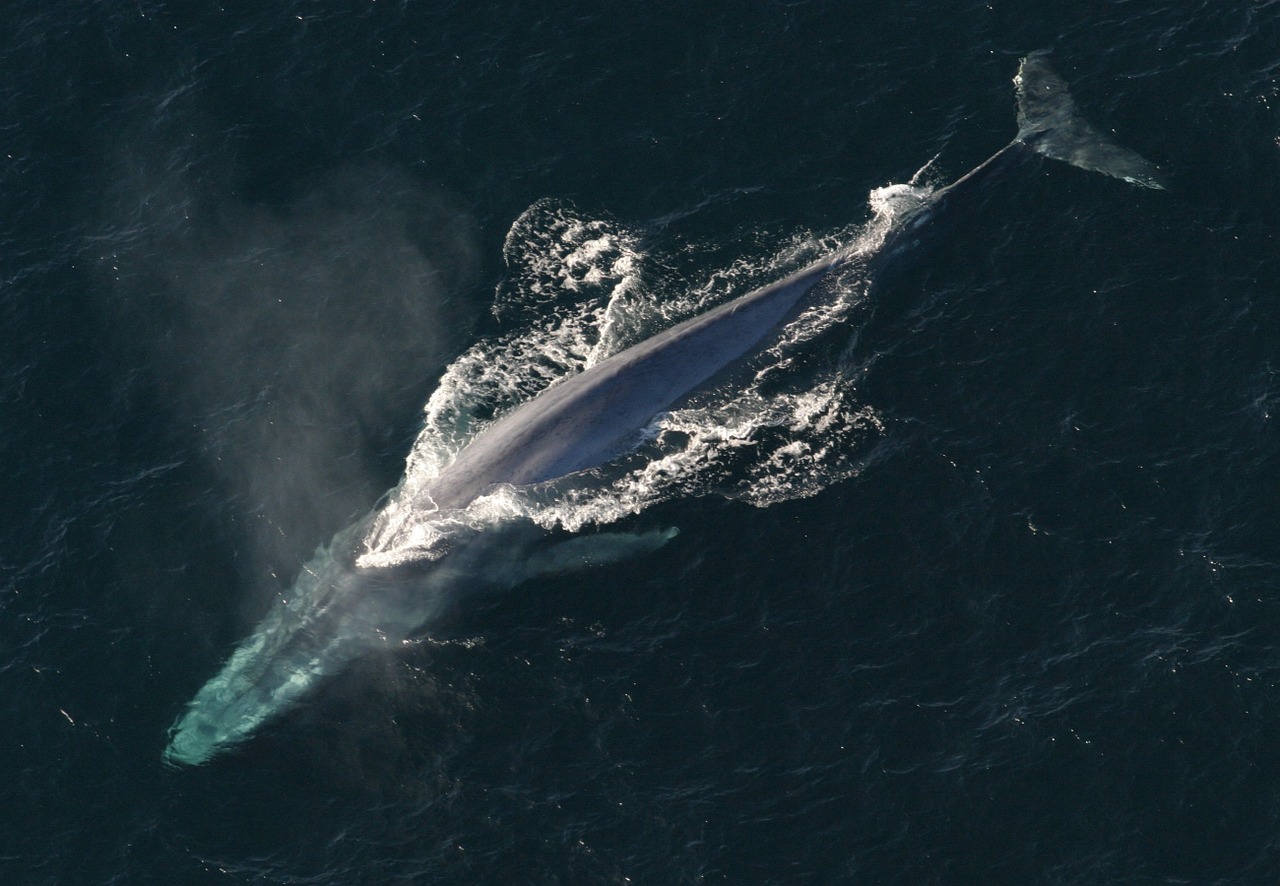 Ram filter feeders are similar to the suction filter feeders. Instead of using suction to pull in prey, these species take in large amounts of seawater as they swim. This water passes through their filters and provides them plenty of plankton.

Blue whales and humpback whales are amongst the best-known ram filter feeders. There are many other whales that use this strategy as well.

The blue whale is the largest animal known to man. Measuring up to 29.9 meters (98 feet) these behemoths are more than twice the length of a city bus. It may come as a surprise that these giants have prey smaller than your fingernail. These whales feed entirely upon plankton.

Clearly, this feeding strategy is very effective! Ram filter feeding represents a huge departure from the hunting styles of terrestrial mammals. Millions of years of adaptation have created a uniquely effective method of hunting for marine mammals.

Sadly, many filter feeding species are catching something less nutritious. These species ingest 171 plastic items a day, on average.

Each of these strategies represents evolution’s amazing ability to allow adaptation and change. Imagining that whales descended from land mammals may seem shocking. However, the many adaptations that came before (and still exist) tell a compelling evolutionary story. Marine mammals have evolved to access nearly all the food sources available in the ocean. No plankton, fish, mollusk, or cephalopod is safe from a hungry mammal!