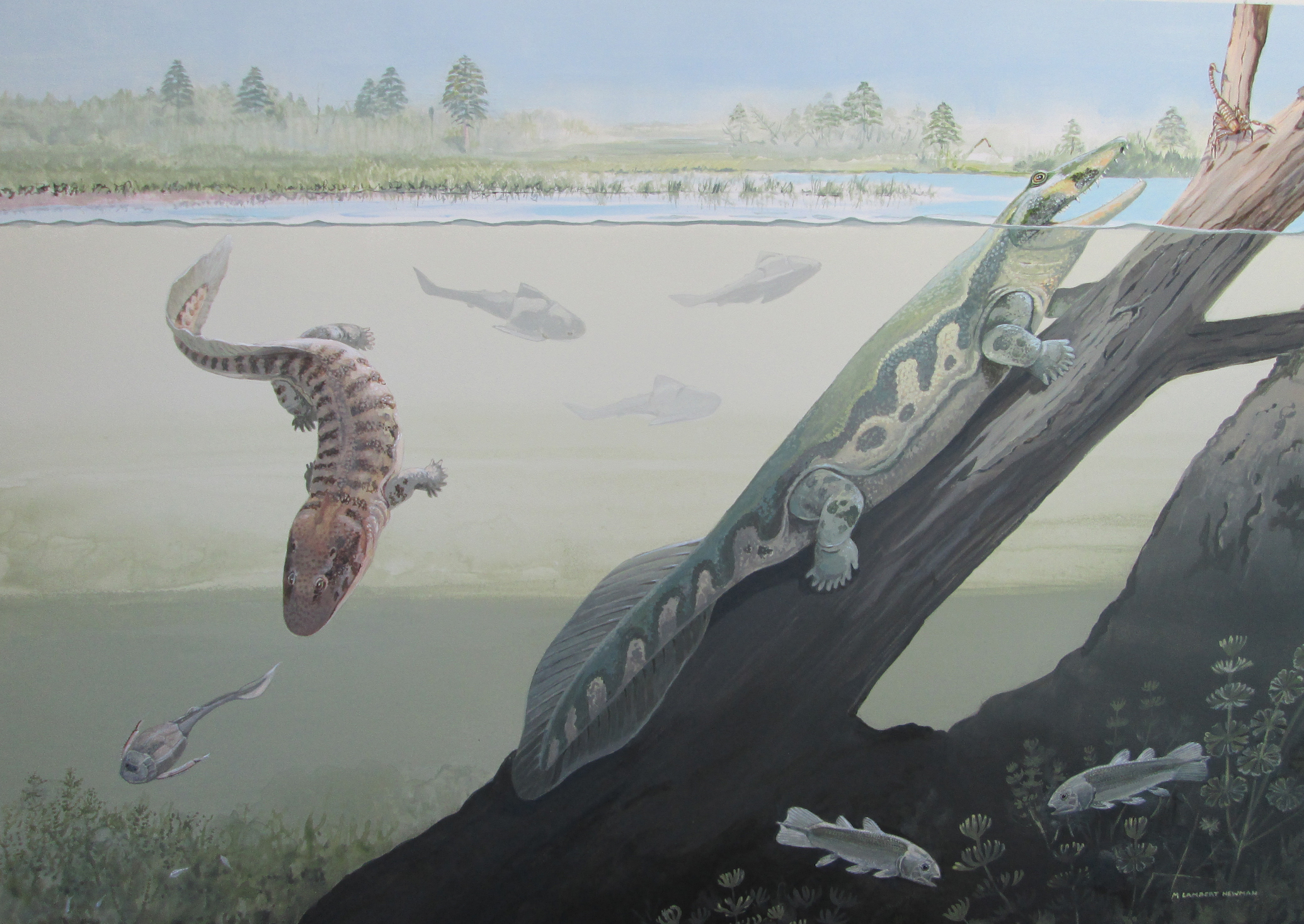 Long before the Mesozoic Era, the age of the dinosaurs, the Paleozoic Era saw an abundance of life like never before. It was during this time that fish first began to evolve into tetrapods, four-legged animals that could walk on land.

Tetrapods are thought to have first evolved during the Devonian period, “the age of fishes,” 360 million years ago and previous fossil evidence has led researchers to believe they evolved and existed primarily in tropical regions.

However, a remarkable new finding shows that tetrapods were widespread, and even inhabited the Antarctic Circle.

Researchers from the University of the Witwatersrand and the Albany Museum in Grahamstown in South Africa examined the Devonian Waterloo Farm locality and found tetrapod fossils.

The Farm locality is a roadcut that exposed dark grey mudstones rich with Devonian fossils of animals and plants.

Two new tetrapod species were identified in the Devonian locality, the Tutusius, and Umzantsia, and they the earliest known four-legged vertebrates ever to exist in Africa. The find also calls into question previous theories about where tetrapods evolved and lived.

“Whereas all previously found Devonian tetrapods came from localities which were in tropical regions during the Devonian, these specimens lived within the Antarctic circle,” said Robert Gess, the lead author of the study.

The new tetrapods are discussed in a report published in the journal Science and are the first tetrapods ever found to have existed outside of tropical regions.

During the Devonian period, North America, Greenland, and Europe formed a single landmass called Laurissa. It was thought that in Laurissa, in the paleotropics, tetrapods evolved because that’s where their fossils were found.

Meanwhile, Africa, South America, Australia, Antarctica, and India were part of a supercontinent called Gondwana during the Devonian period, but almost no fossil evidence of tetrapods have been found in this expansive area.

Tutusius and Umzantsia though are now the first tetrapod fossils not only found outside of the tropics in Gondwana but within Antarctic circle.

The find challenges the theory that tetrapods only evolved in tropic regions and instead shows that tetrapods were located all over the world in the Late Devonian.