What Is a Blobfish? The Lovably Ugly Fish • Earth.com 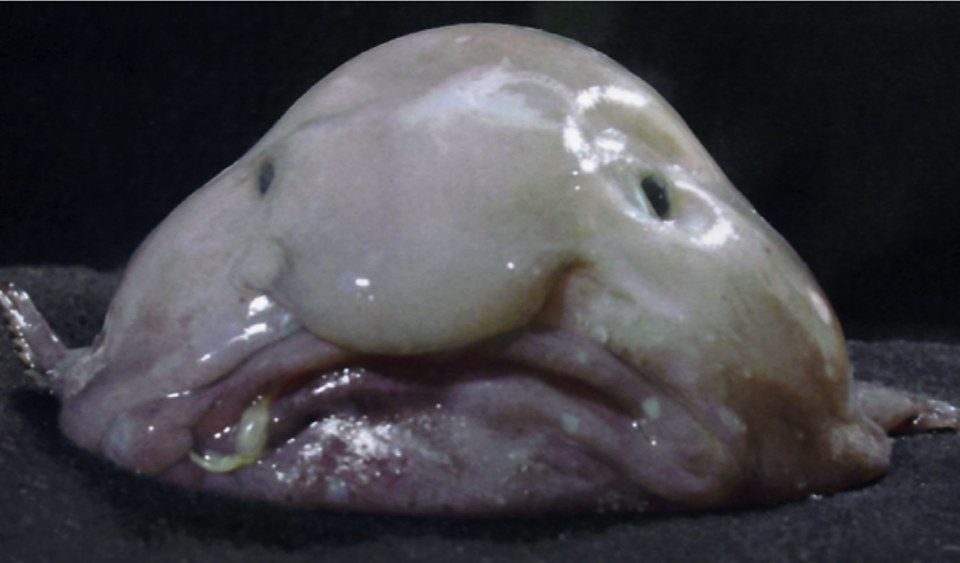 What Is a Blobfish? The Lovably Ugly Fish

The blobfish (Psychrolutes marcidus) might not be the world’s cutest animal. It might not even be close. In 2013, the Ugly Animal Preservation Society selected the blobfish as its ugly mascot. The blobfish is one of about 40 species in the Psychrolutidae family of fish, which also contains the fathead sculpin, from the Greek “psychrolouteo,” meaning “to have a cold bath.” What else is there to know about this lovably ugly fish that is often referred to as the world’s ugliest animal, or at least the world’s ugliest fish?

One of the most incredible things about blobfish is where they are able to live. These small (30 cm) fish are typically found in the Pacific Ocean off the coasts of Australia and Tasmania, often in very deep water at depths of 600 to 1300 meters (up to roughly 4000 feet) in a region known as the bathyal zone. Blobfish have a unique adaptation that allows them to survive at such great depths: they lack a swim bladder, which is unique to most fish in the world.

Many other types of bony fish have a gas-filled organ similar to a balloon in their body cavity. The fish can add or subtract air within their swim bladder to help them float higher or sink lower. But the Psychrolutes marcidus lives at depths where the pressure can exceed 300 times that on the surface. This pressure is high enough that any swim bladder would collapse. Instead, the blobfish’s magic is in its gelatinous tissue. The density of the fish is just less than that of water. This allows it to gently float above the ocean floor.

Although the famous picture of the Psychrolutes marcidus makes it look like a pile of wet jello, P. marcidus looks like a normal fish while in its regular habitat. At the extreme depths that the blobfish lives, the enormous pressure keeps the fish looking like a regular fish. It is only when the fish is brought to sea level, and thus a much lower pressure, that it takes on the lovably ugly form that most people are familiar with.

Little is known about the specific diet of P. marcidus. This is likely due to its reclusive nature and difficult-to-access habitat. What we do know is that blobfish are almost certainly opportunistic feeders, meaning they will eat whatever falls to the ocean floor. Because they do not have a hard skeleton, they also do not have teeth, which means they have to swallow prey whole. This gives us a clue as to what kind of foods the blobfish likely eats as part of its regular diet.

Discovery of the Ugly Fish

The blobfish is relatively new to the scientific world. The first P. marcidus specimen was discovered about 350 km off the coast of Australia, during a joint Australian-New Zealand expedition in 2003. The group was towing trawling gear (a type of net that is dragged across the ocean floor) and picked up the now-famous fish. They named it Blobby after its characteristic, and now familiar, look. 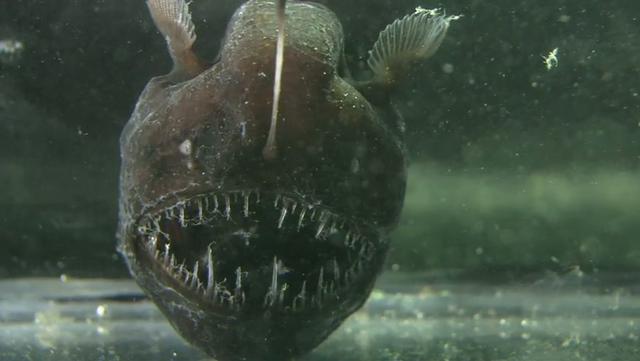 P. marcidus lives in a fascinating part of the ocean – but it doesn’t live alone. Let’s take a look at some of the creatures that also live near the bathyal zone.

The blobfish isn’t exactly a small creature, but it was only discovered 15 years ago. Scientists at the National Oceanic and Atmospheric Administration estimate that over eighty percent of the ocean is “unmapped, unobserved, and unexplored.” This means there may be many other interesting and diverse species of fish waiting to be discovered. We know of 17,000 species of fish that live at depths similar to the blobfish, but what else may lurk in the depths?