What Is a Fisher Cat? • Earthpedia Earth.com 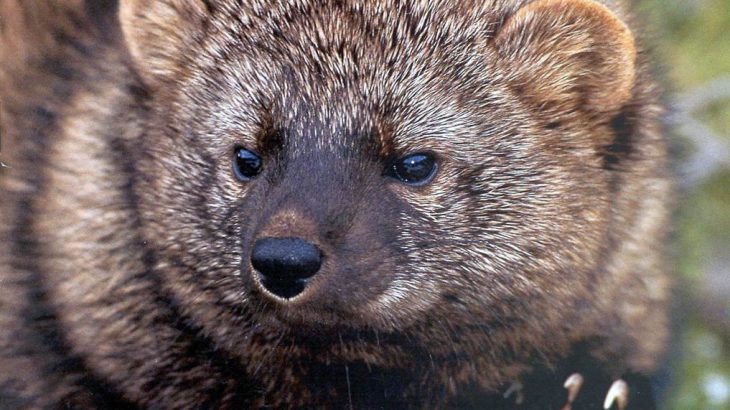 What Is a Fisher Cat?

As it turns out, a fisher cat isn’t a cat at all. Native to the boreal forests of Canada and Northern United States, it is a carnivorous mammal of the mustlied, or weasel, family. Seeing as they are not a member of the feline family and they do not catch fish, their colloquial name is definitely a bit misleading.

Similar in size to your mom’s cat, the fisher’s body type is more like that of a weasel – thin, long and low to the ground. Their coloring can be anywhere from dark brown to black and the consistency of their fur will depend on the season and biological sex. They begin molting in late summer.

Fishers are most active at twilight (also known as crepuscular). They are excellent tree-climbers but are most often on the forest floor. They have 5 toes and retractable claws. Their large feet make it easier for them to travel across snowpack. Fishers are one of the rare animals that will crawl down from trees headfirst.

They are very quiet and communicate with each other using scent marking so you probably won’t hear them when out walking through certain forests unless they are in the jaws of a predator.

Fishers are carnivorous predators, and they aren’t too picky about their meat. Porcupines and hares, beware, but fishers don’t stop there. Scientists analyzed the contents of fisher stomachs and scat and found remnants of wild turkey, lynx, deer, and bobcats. They can also be a threat to domestic cats and chickens.

Not many animals prey upon the porcupine, so fishers are distinct in this way. In folklore, there are stories of fishers flipping porcupines onto their backs and devour the porcupine’s soft underbelly. While it’s a visceral, slightly terrifying image, it’s mostly an exaggeration. In reality, the fisher cat avoids getting poked by porcupine quills by biting at the porcupines face again and again, in what amounts to a slow death for the prey. Fishers also eat fruits and berries.

Fishers are solitary animals and really only seek out other fishers for mating purposes. The fisher cat reproductive cycle is about a year long and females can begin the process at one year of age. Mating takes place in early spring, but there is a ten-month delay before the active pregnancy begins. After building their dens out of hollowed out trees, the gestation period lasts 50 days or so. Mothers give birth to 1-4 kits usually. At first, the kits are completely dependent on their mother and open their eyes for the first time at 7 weeks. However, by the fourth or fifth months, the kits are unable to live in close proximity to their littermates. As a result, their mother forces them out into the world to defend for themselves and establish a range for themselves in the forest. Healthy juveniles will begin the process all over again.

Fishers will attack people who startle them or threaten them, though it is extremely rare. Most often, it is the fisher cat who suffers when coming into contact with humans. The fisher cat was extirpated in parts of Massachusetts in the 1700s and 1800s due to logging and farming industries clearing the forests. Their fur is highly valued, so much so that their population numbers have crashed multiple times, nearing extinction in certain southern regions of their range.

Fisher cat numbers recovered most recently in the late 1970s. With stricter limitations for trappers and shorter legal hunting seasons, their population is continuing to increase. This is causing some hubbub in the suburbs.

Have you ever seen a fisher cat in the wild? Tell us about your experience in the comments!