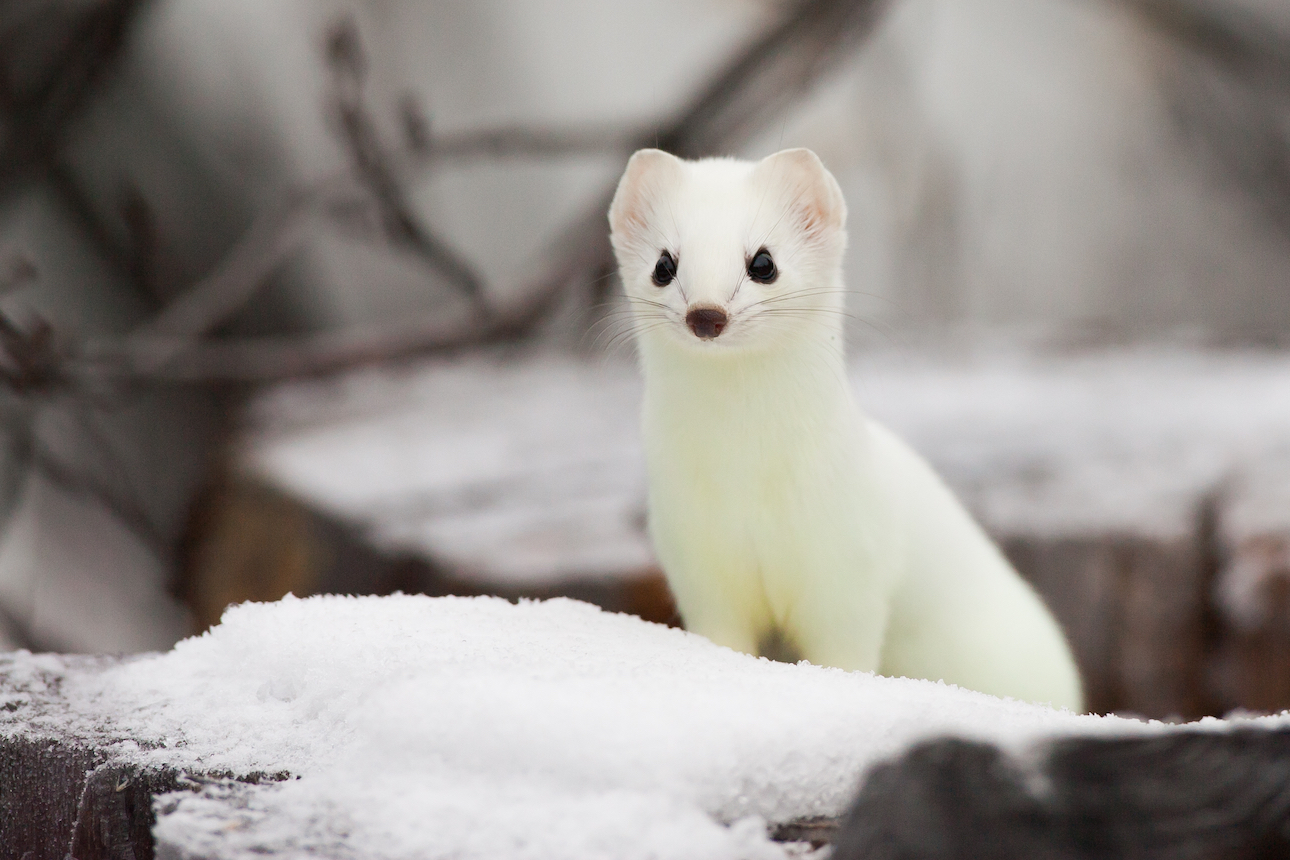 Experts at the Polish Academy of Sciences have been investigating the decline of animals with white fur. The researchers warn that these creatures are especially vulnerable to climate change, as reduced snow cover makes it difficult for them to evade predators.

In the winter months, one subspecies of weasel replaces its brownish fur with a white coat so that it will be camouflaged by its surroundings.

The research team captured and recorded 118 weasels in the Białowieża Forest between 1997 and 2007, some with white winter coats and others who kept their brown fur.

“In our study, the densities of weasels are about four to five times lower than 10 years ago,” said study co-author and biologist Dr. Karol Zub. This decline can be attributed to what experts call camouflage mismatch. In this case, white fur makes the weasels stand out.

Dr. Zub explained that camouflage mismatch may lead to the extinction of the white subspecies, which could be completely replaced by the brown subspecies. On the days without snow cover, as few as 20 percent of the total white-coated weasels were observed, indicating that many had been killed.

“By analyzing trapping data, we found the share of white subspecies in the weasel population inhabiting Bialowieza Forest decreases with decreasing numbers of days with snow cover,” said Dr. Zub.

“This led us to hypothesize selective predation pressure should favor one of the two phenotypes, according to the prevailing weather conditions in winter.”

As snow cover continues to decline in some regions, other white-furred mammals and birds such as the Arctic fox will also be affected. However, there is some hope that animals will find ways to safely adapt to the changing climate conditions.

“We should not underestimate the power of natural selection,” said Dr. Zub. “We hope that along with future climate warming, autumn temperatures will also increase, providing an additional signal to the weasels to delay their moult.”

“Last autumn in our study was mild and under such conditions about half the weasels we observed started to moult at the beginning of January, whereas most weasels complete their moult by the end of November.”