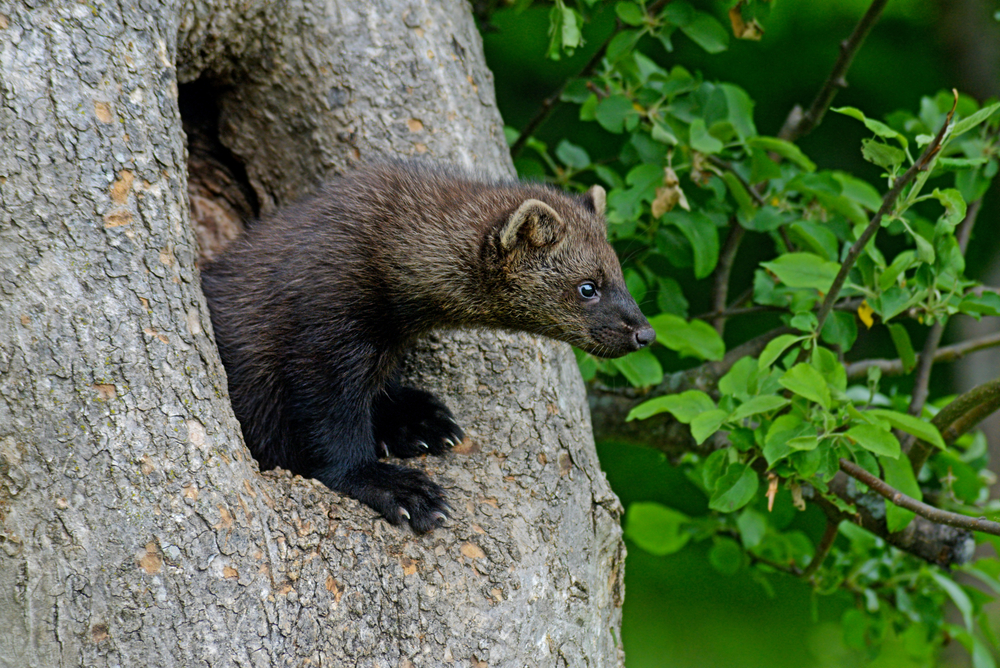 Pacific fishers weasel their way back into Washington state’s hearts

It’s been 70 years since the rare Pacific fisher, a member of the weasel family, has been seen in the wild near Mount Rainier, Washington.

Last week, that all changed.

Ten of the small, dark-brown mammals were carried out to Mount Rainier National Park in wooden crates, where they scurried out into the forest. Onlookers cheered them on as they sniffed out their new home, and First Nations and Native American tribal representatives sang and drummed to welcome them.

Some of the fishers were captured on First Nations land in Canada, and First Nations members traveled with them to Mount Rainier, where they were released on land designated for the local Nisqually people’s use.

The little weasels had been captured in British Columbia, Canada and brought down to Washington in an attempt to reintroduce the species that was once native to the area. Wildlife biologists in the national park see it as part of an effort to correct past mistakes.

The Pacific fisher was found throughout much of the Pacific Northwest and forested areas of the West Coast generally until the fur trade became popular. Between trapping and deforestation of their home habitats, the Pacific fisher shrunk in numbers.

Washington had no more Pacific fishers to call its own by the mid-1900s. However, they’ve been making a recent comeback, thanks to the Washington Department of Fish and Wildlife, Conservation Northwest, the National Park Service, and other organizations.

In 2008, a group of 90 Pacific fishers was reintroduced to Olympic National Park. That first wave has made themselves right at home, reproducing, growing in numbers, and expanding their range.

The second surge – which this group of fishers has volunteered for – involved relocating furry immigrants from Canada to the Cascades in Washington. Organizers hope to release 80 fishers each to the North Cascades and southern Cascade Mountain regions.

So far, the program appears to be a success, though it’s too early to tell if the little visitors will become a permanent, self-sustaining population.

But environmental groups and conservationists are concerned that the Washington weasels will simply be wiped out again, because the state has declined to give them endangered status.

While the Pacific fishers no longer lived in historic ranges in Washington, Oregon, and California, the U.S. Fish and Wildlife Service said the decision was a sound one, since the wee weasels are plentiful elsewhere and in no danger of going extinct.

The furry little weasels hunt porcupines – one of the only species that does – along with snowshoe hares and rodents.