What Is a Stink Bug and Why Do They Stink? • Earth.com • Earthpedia 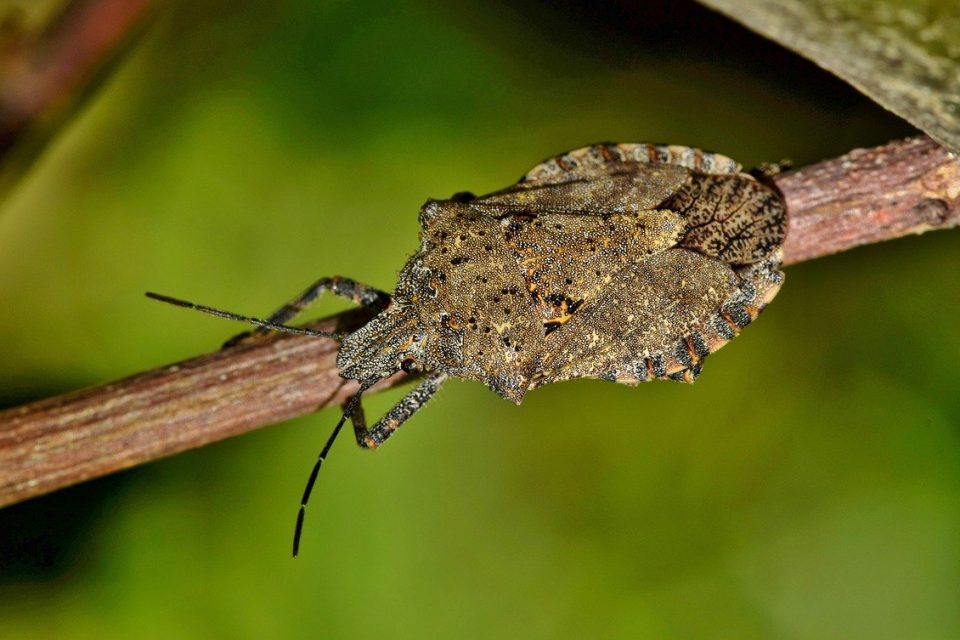 What Is a Stink Bug and Why Do They Stink?

Stink bugs are common pests that exist in homes, garages, yards, and pretty much anywhere humans live. If you’ve ever stepped on one, you’re probably familiar with the unpleasant stench they emit. Or maybe you tried to remove one from your bedroom, only to be thanked with a foul-smelling odor. Whatever the case, stink bugs stink. But what is a stink bug exactly? And why do they stink? In this article, we’ll get to the bottom of this smelly issue and make sure you know exactly what these smelly critters are, how to recognize them, and why they stink. 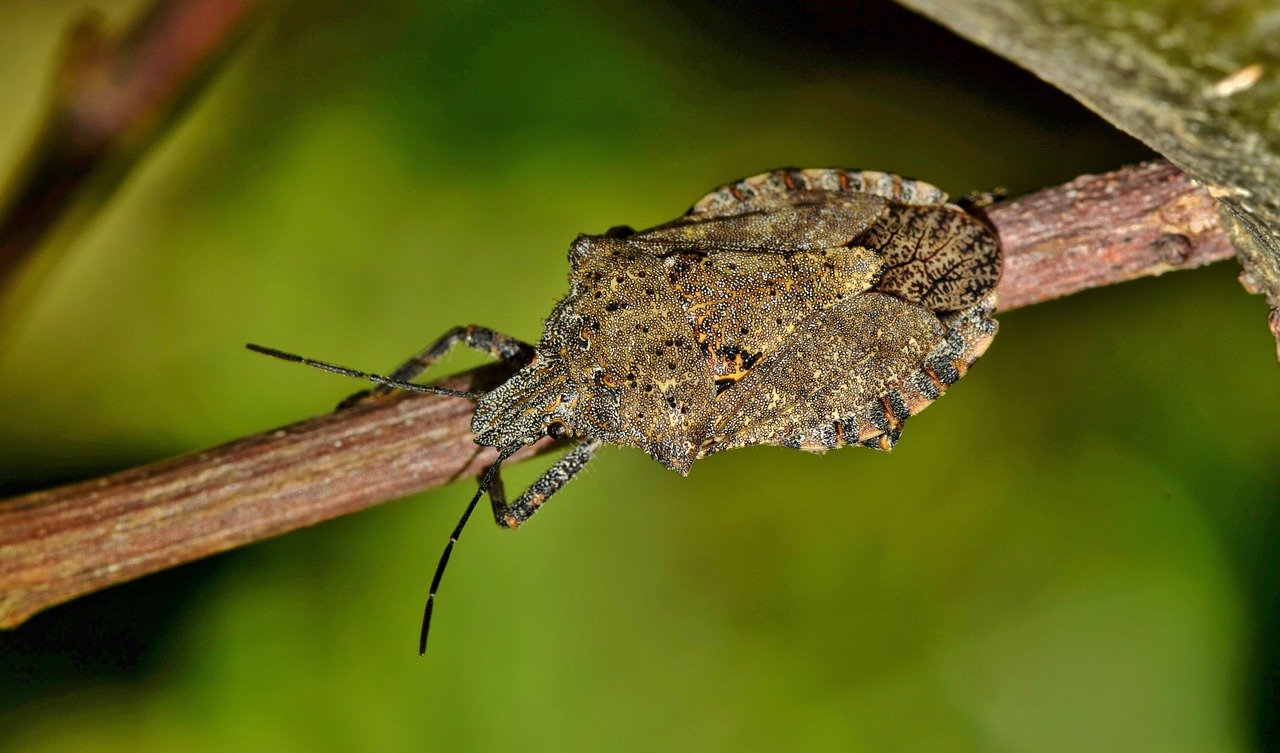 Image by Brett_Hondow via Pixabay

Is a Stink Bug a Bug?

The short answer is yes! Now for the long answer, and a quick lesson in taxonomy.

Stink bugs are a type of insect, in the class Insecta. Like all insects, stink bugs have six legs, two wings, and a hard exoskeleton. Within the class Insecta, there are many different Orders. Insect Orders include Lepidoptera (butterflies and moths), Coleoptera (beetles), and Orthoptera (grasshoppers). Stink bugs are in the Order Hemiptera, also known as “true” bugs. That’s right, there are insects that taxonomists consider “true bugs,” which means butterflies, beetles, and grasshoppers aren’t technically bugs! The word “bug” has become colloquial and is now used to describe pretty much any creepy crawly thing.

Anyways, back to the stinky matter at hand. Stink bugs are a type of true bug, which is characterized by having two wings hardened at the base. There are many types all over the world, and pretty much any smelly insect in the Order Hemiptera is what we call a stink bug. 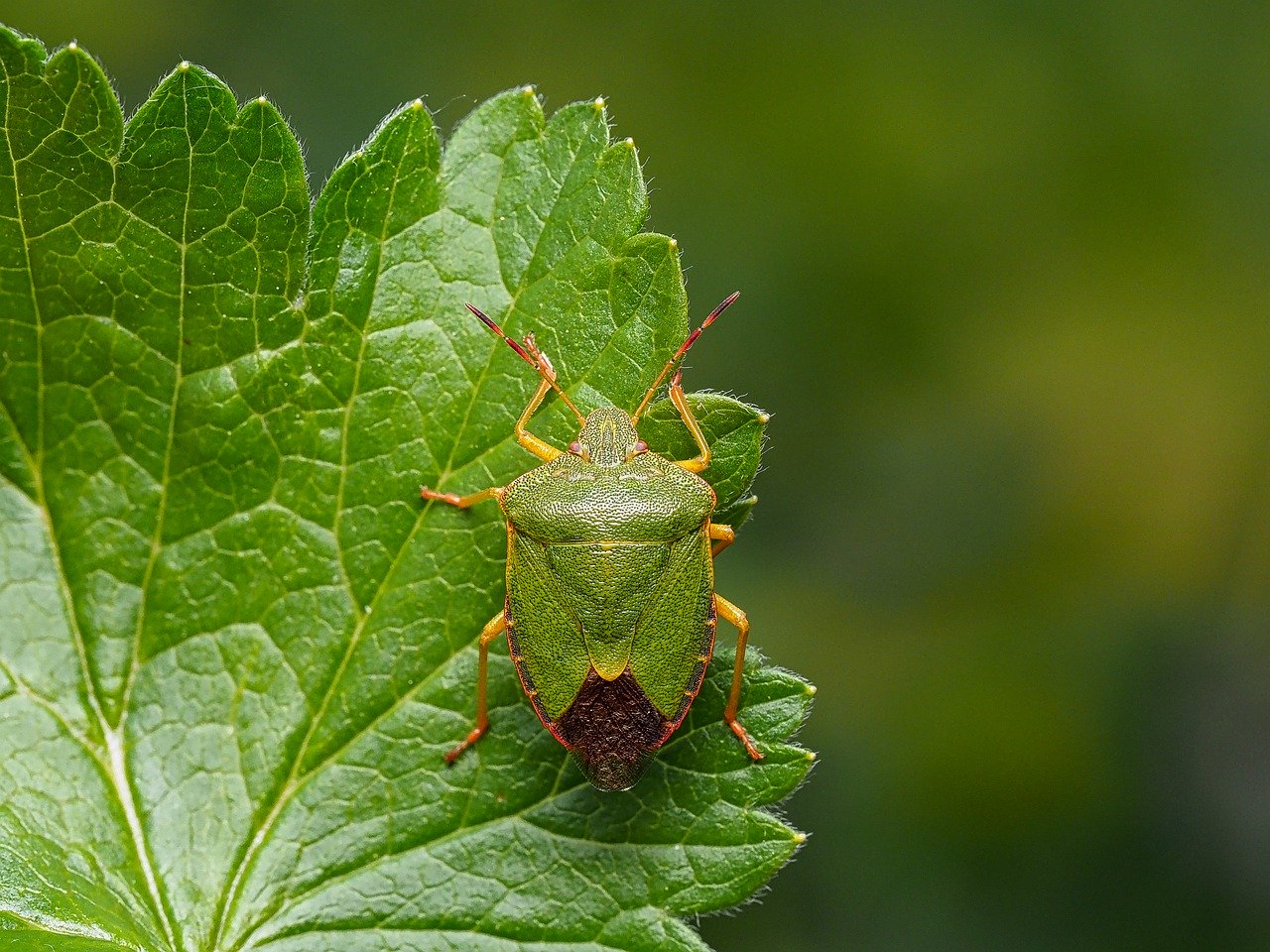 Image by makrowelt_wald4tel via Pixabay

How Do You Recognize a Stink Bug?

Stink bugs have a very distinctive shape. They have a shield-shaped body, with a characteristic “V” pattern on the back. Most are brown or green in color, but occasionally they can be more metallic or bright colors like red or blue. Finally, look for a long mouthpart on the bottom of the bug’s body. This is a good way to distinguish a stink bug from a harmless beetle (which doesn’t have the long mouthpart) if you’re not entirely sure.

Why Do Stink Bugs Stink?

Like pretty much any animal, stink bugs need to protect themselves. Since they can’t bite or sting like many other insects, they need another strategy to deter predators. As it turns out, producing a foul-smelling odor is a pretty effective way of deterring other things from eating you. When threatened, they produce smelly chemicals with a special gland located on their abdomen. You can think of stink bugs as the skunks of the insect world! 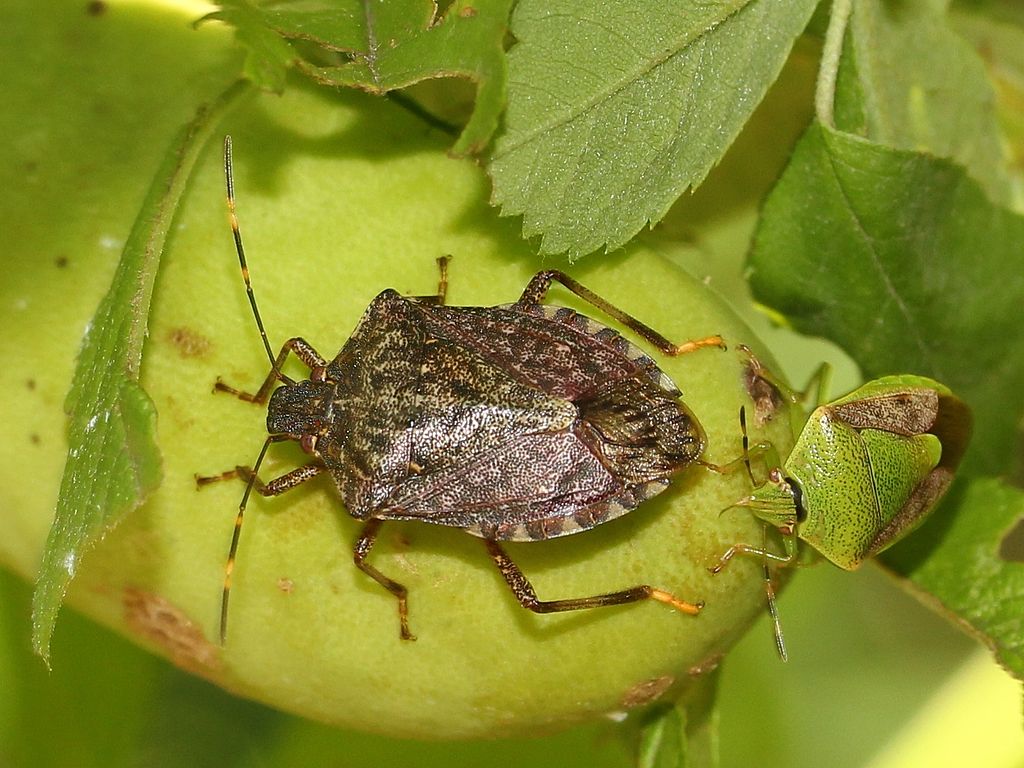 Image by Alpsdake via Wikimedia Commons

Although many bugs produce smelly odors, there is one species that is perhaps the most infamous of them all. The brown marmorated stink bug (Halyomorpha halys) is native to Asia but is now considered an invasive species in the US. It was first found in Pennsylvania in 1998, so they are actually relatively recent introductions to North America. After their introduction, they spread rapidly through the US and can now be found in pretty much every state, as well as parts of Canada and Mexico.

The brown marmorated stink bug is a common pest in many homes. They make their way into houses in the fall when temperatures start to drop and hibernate inside until temperatures warm up again. This makes spring the worst time for them as they begin to wake up and start mating.

An easy way to remove the pests from your home is to use a vacuum. This way, there’s no risk of the bug releasing its foul stench in your home.

Brown marmorated stink bugs are also a huge agricultural pest. They feed on unripe fruit and frequently overrun orchards and farms, and are very hard to eradicate once established. At one point, scientists tried to introduce a wasp to hunt and control the stink bug’s population. Before the project ended, however, the wasp coincidentally showed up on its own!

Hopefully, by now you know what a stink bug is, how to recognize one, and why they stink (both literally and metaphorically). Keep an eye out for the brown marmorated stink bug in your home next spring!

[Featured image by Brett_Hondow via Pixabay]