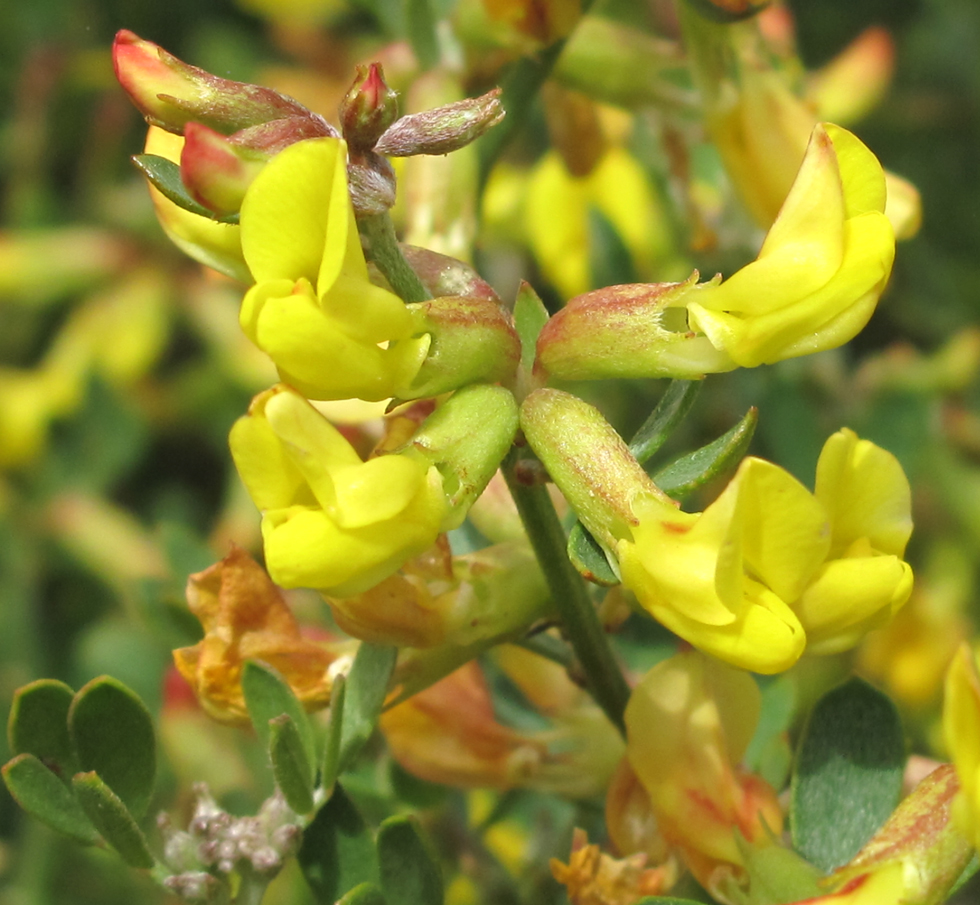 Acmispon dendroideus var. traskiae (=Lotus d. ssp. traskiae) NatureServe Explorer Species Reports -- NatureServe Explorer is a source for authoritative conservation information on more than 50,000 plants, animals and ecological communtities of the U.S and Canada. NatureServe Explorer provides in-depth information on rare and endangered species, but includes common plants and animals too. NatureServe Explorer is a product of NatureServe in collaboration with the Natural Heritage Network. ITIS Reports -- ITIS (the Integrated Taxonomic Information System) is a source for authoritative taxonomic information on plants, animals, fungi, and microbes of North America and the world.Syrmatium veatchii, synonyms Lotus dendroideus and Acmispon dendroideus, is a species of legume native to California. It is known by the common name island broom. It is endemic to the Channel Islands of California, where it grows on coastal bluffs and cliffs. It is a spreading perennial herb or erect shrub approaching 2 meters in height. It is hairless to hairy and gray-green in color. The branches lined with leaves each made up of a few oval leaflike leaflets up to 1.5 centimeters long each. The inflorescence bears up to 10 yellow pealike flowers, each roughly a centimeter long and fading red as they age FWS Digital Media Library -- The U.S. Fish and Wildlife Service's National Digital Library is a searchable collection of selected images, historical artifacts, audio clips, publications, and video.

No critical habitat rules have been published for the San Clemente Island lotus.
Back to full archive