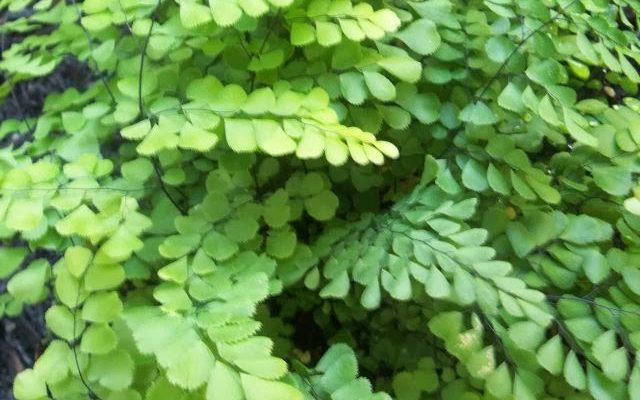 ITIS Reports — ITIS (the Integrated Taxonomic Information System) is a source for authoritative taxonomic information on plants, animals, fungi, and microbes of North America and the world.Adiantum vivesii is endemic to Puerto Rico, where it is known from a single population made up of perhaps 1000 individuals near Quebradillas, in the San Juan – Caguas – Guaynabo metropolitan area on the northern side of the island.The fern was discovered in 1985 and described to science as a new species in 1989. Soon after, it was listed as an endangered species. It is a putative hybrid between Adiantum obliquum and A. tetraphyllum. In 2003 a specimen that most likely represents this species was collected on Petit Morne in Martinique by botanist Maarten Christenhusz collection number 2678 (BM, SP, TUR, U, UC), which means that the hybrid has occurred twice independently.

Detailed information
Full Name: Adiantum vivesii
Where found: Wherever found
Critical Habitat:N/A
Species Group:Ferns and Allies
Current listing status
Federal register documents
Recovery
No critical habitat rules have been published for the .
Back to full archive
You might also like