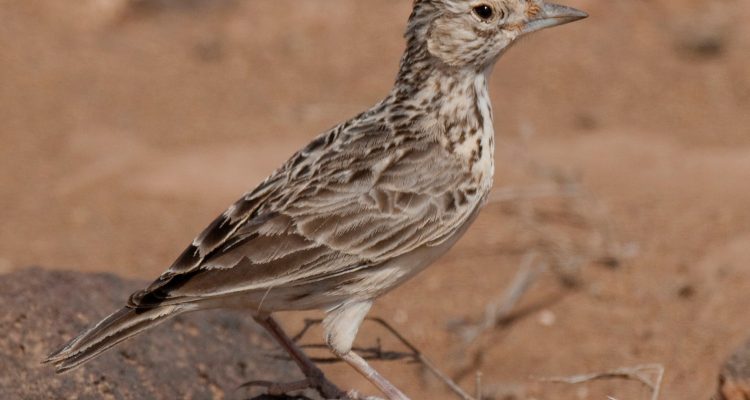 FWS Digital Media Library — The U.S. Fish and Wildlife Service’s National Digital Library is a searchable collection of selected images, historical artifacts, audio clips, publications, and video. The Raso lark is a small passerine bird with a highly restricted range, being found only on Raso islet in the Cape Verde Islands. This critically endangered member of the family Alaudidae lives in very arid terrain, and is considered one of the least known birds in the Western Palaearctic region, due to its remoteness and the lack of much ornithological study on the archipelago as a whole.This species is confined to one very small island, where its population fluctuates in response to rainfall and appears to reach extremely small numbers. Climate change may increase drought in Cape Verde, adding to the likelihood of extinction.