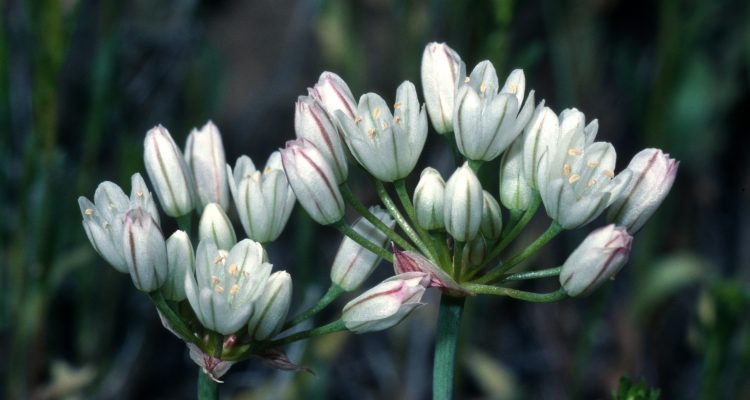 ITIS Reports — ITIS (the Integrated Taxonomic Information System) is a source for authoritative taxonomic information on plants, animals, fungi, and microbes of North America and the world. Allium munzii is an onion that grows from a reddish-brown bulb just over a centimeter long. It produces an erect stem up to about 35 centimeters in maximum height and a single leaf which is usually a bit longer. The umbel contains up to 35 flowers each under a centimeter long. They have tepals that are white with a dark green midvein, turning red with age. Pollen and anthers are yellow

FWS Digital Media Library — The U.S. Fish and Wildlife Service’s National Digital Library is a searchable collection of selected images, historical artifacts, audio clips, publications, and video. Munz’s onion is a California threatened plant species, which means that killing or possessing the plant is prohibited by the California Endangered Species Act (CESA). It is also listed as endangered under the federal Endangered Species Act.