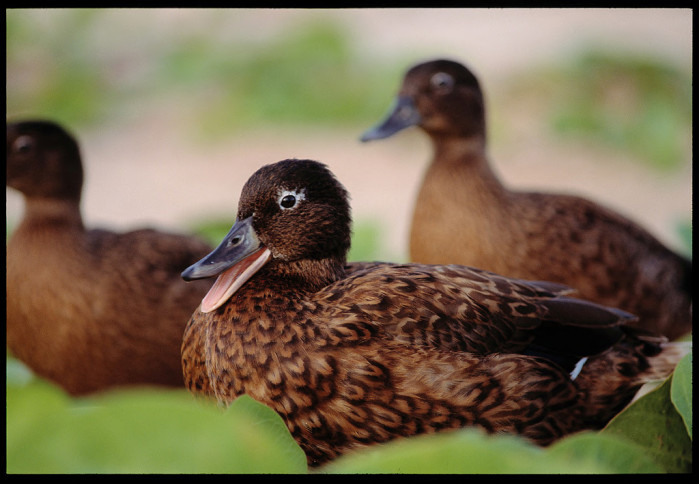 Anas laysanensis NatureServe Explorer Species Reports -- NatureServe Explorer is a source for authoritative conservation information on more than 50,000 plants, animals and ecological communtities of the U.S and Canada. NatureServe Explorer provides in-depth information on rare and endangered species, but includes common plants and animals too. NatureServe Explorer is a product of NatureServe in collaboration with the Natural Heritage Network. ITIS Reports -- Anas laysanensis ITIS (the Integrated Taxonomic Information System) is a source for authoritative taxonomic information on plants, animals, fungi, and microbes of North America and the world. FWS Digital Media Library -- The U.S. Fish and Wildlife Service's National Digital Library is a searchable collection of selected images, historical artifacts, audio clips, publications, and video.The Laysan duck, also known as the Laysan teal, is a dabbling duck endemic to the Hawaiian Islands. Fossil evidence reveals that Laysan ducks once lived across the entire archipelago, but today survive only on Laysan Island and two atolls. The duck has several physical and behavioral traits linked to the absence of ground-based predators in its habitat. By 1860, the ducks had disappeared from everywhere except Laysan Island. The introduction of European rabbits by guano miners at the end of the 19th century brought the bird to the brink of extinction in 1912, with twelve surviving individuals. Rabbits were eradicated from the island in 1923 and numbers of Laysan ducks began to rise

No critical habitat rules have been published for the Laysan duck.
Back to full archive