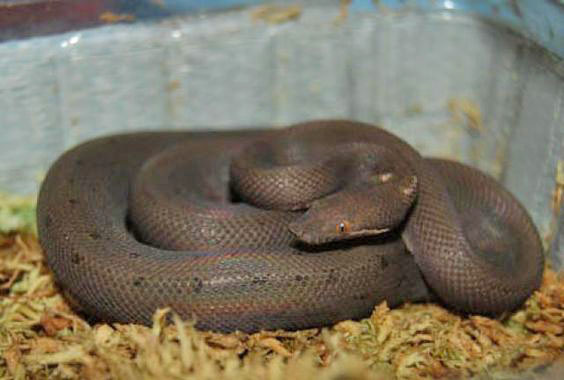 ITIS Reports –Bolyeria multocarinata ITIS (the Integrated Taxonomic Information System) is a source for authoritative taxonomic information on plants, animals, fungi, and microbes of North America and the world.The Round Island burrowing boa is an extinct species of snake in the family Bolyeriidae, in the monotypic genus Bolyeria, which was endemic to Mauritius. The species was last seen on Round Island in 1975. No subspecies are currently recognized.

FWS Digital Media Library — The U.S. Fish and Wildlife Service’s National Digital Library is a searchable collection of selected images, historical artifacts, audio clips, publications, and video.B. multocarinata reached about 1 m (3 ft 3 in) in total length (including tail). Preserved specimens have been reported as having total lengths of 54–140 cm (1.77–4.59 ft). Its colour was described as light brown with blackish spots dorsally, and pink marbled with blackish ventrally. It had a pointed snout with a cylindrical body and head. Its general body form suggests that the Round Island burrowing boa had fossorial tendencies. This species’ closest living relative is the Round Island boa (Casarea dussumieri).