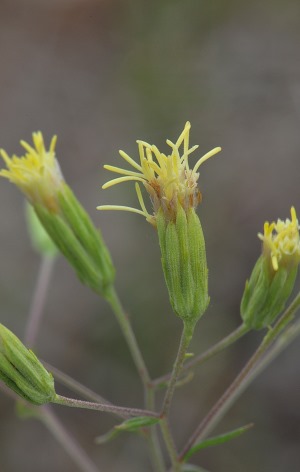 Brickellia mosieri NatureServe Explorer Species Reports -- NatureServe Explorer is a source for authoritative conservation information on more than 50,000 plants, animals and ecological communtities of the U.S and Canada. NatureServe Explorer provides in-depth information on rare and endangered species, but includes common plants and animals too. NatureServe Explorer is a product of NatureServe in collaboration with the Natural Heritage Network. ITIS Reports -- Brickellia mosieri ITIS (the Integrated Taxonomic Information System) is a source for authoritative taxonomic information on plants, animals, fungi, and microbes of North America and the world.Comments: Brickellia mosieri was listed as Endangered under the Endangered Species Act on September 4, 2014. For more information, see the USFWS species profile. Other data on Brickellia mosieri.arranted-but-precluded priority 8 (moderate to low threat magnitude, imminent threat immediacy, and species taxonomic distinctiveness) petitioned canidate FWS Digital Media Library -- The U.S. Fish and Wildlife Service's National Digital Library is a searchable collection of selected images, historical artifacts, audio clips, publications, and video.Brickellia eupatorioides is a North American species of flowering plants in the daisy family. It is widespread in Mexico from Chihuahua to Oaxaca, and in all regions of the contiguous United States except New England, New York, and the West Coast.

No recovery information is available for the Florida brickell-bush.
Back to full archive