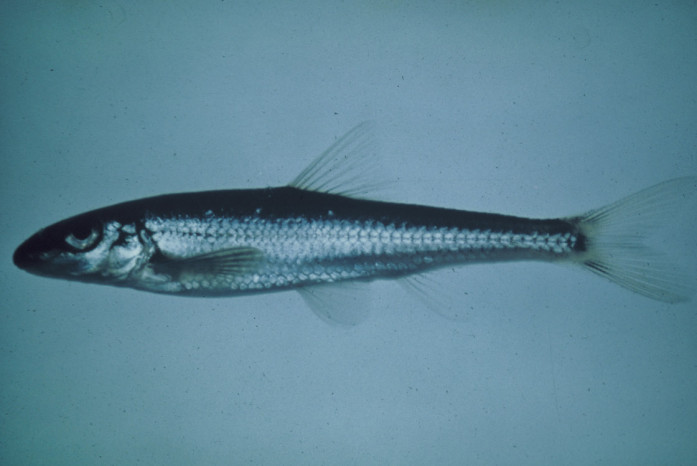 Erimystax cahni conservation information on more than 50,000 plants, animals and ecological communtities of the U.S and Canada. NatureServe Explorer provides in-depth information on rare and endangered species, but includes common plants and animals too. NatureServe Explorer is a product of NatureServe in collaboration with the Natural Heritage Network.The slender chub is a species of ray-finned fish in the family Cyprinidae. It is found only in the United States. ITIS Reports -- ITIS (the Integrated Taxonomic Information System) is a source for authoritative taxonomic information on plants, animals, fungi, and microbes of North America and the world. Slender Chub The slender chub is one of the rarest fishes in eastern North America and has the dubious distinction of having the smallest range of any North American minnow. Only a few specimens have been collected in the past 20 years. A single specimen was collected in 1995. FWS Digital Media Library -- The U.S. Fish and Wildlife Service's National Digital Library is a searchable collection of selected images, historical artifacts, audio clips, publications, and video. Erimystax is a genus of ray-finned fish in the family Cyprinidae. Members are commonly known as slender chubs, though "slender chub" is also used for individual species local to some area, particularly Erimystax cahni.