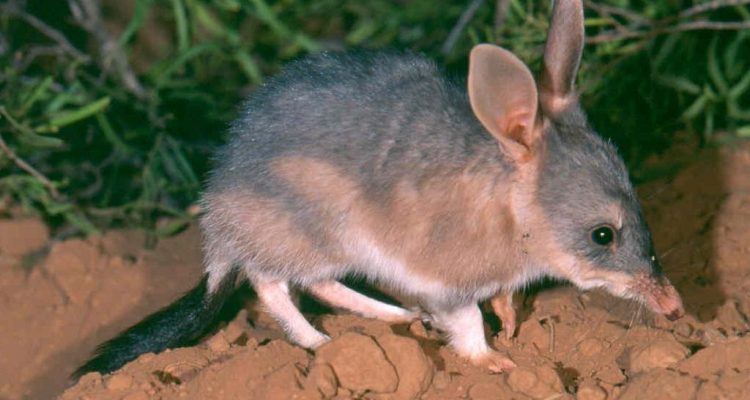 FWS Digital Media Library — The U.S. Fish and Wildlife Service’s National Digital Library is a searchable collection of selected images, historical artifacts, audio clips, publications, and video. The lesser bilby, also known as the yallara, the lesser rabbit-eared bandicoot or the white-tailed rabbit-eared bandicoot, was a rabbit-like marsupial. The species was first described by Oldfield Thomas as Peregale leucura in 1887 from a single specimen from a collection of mammals of the British Museum. Reaching the size of a young rabbit, this species lived in the deserts of Central Australia. Since the 1950s–1960s, it has been believed to be extinct. A description of the species by Oldfield Thomas was published in 1887, using a specimen forwarded to the British Museum “J. Beazley” of Adelaide, collected at an unknown location; the author determined that the source of the specimen was from the Northern Territory or the vicinity of the southern city of Adelaide. Oldfield Thomas recognized an affinity with the “rabbit-bandicoot” Macrotis lagotis, then described by the genus Peragale, but found distinctions in the specimens that described a new species.