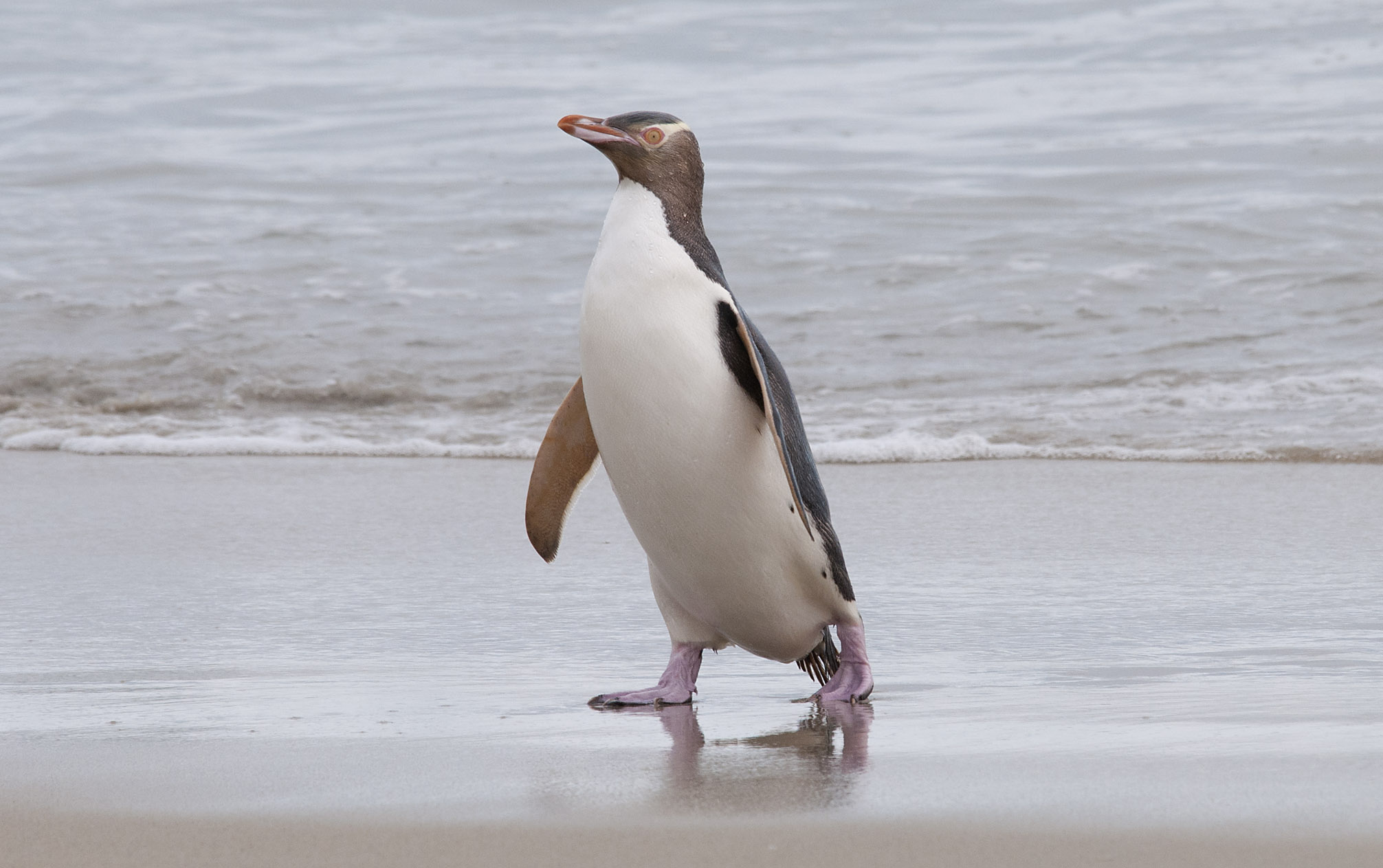 Megadyptes antipodes NatureServe Explorer Species Reports -- NatureServe Explorer is a source for authoritative conservation information on more than 50,000 plants, animals and ecological communtities of the U.S and Canada. NatureServe Explorer provides in-depth information on rare and endangered species, but includes common plants and animals too. NatureServe Explorer is a product of NatureServe in collaboration with the Natural Heritage Network. ITIS Reports -- Megadyptes antipodes ITIS (the Integrated Taxonomic Information System) is a source for authoritative taxonomic information on plants, animals, fungi, and microbes of North America and the world. The yellow-eyed penguin (Megadyptes antipodes), known also as hoiho or tarakaka, is a species of penguin endemic to New Zealand. Previously thought closely related to the little penguin (Eudyptula minor), molecular research has shown it more closely related to penguins of the genus Eudyptes. Like most other penguins, it is mainly piscivorous. The species breeds along the eastern and south-eastern coastlines of the South Island of New Zealand, as well as Stewart Island, Auckland Islands, and Campbell Islands. Colonies on the Otago Peninsula are a popular tourist venue, where visitors may closely observe penguins from hides, FWS Digital Media Library -- The U.S. Fish and Wildlife Service's National Digital Library is a searchable collection of selected images, historical artifacts, audio clips, publications, and video.

No recovery information is available for the Yellow-Eyed penguin.
Back to full archive