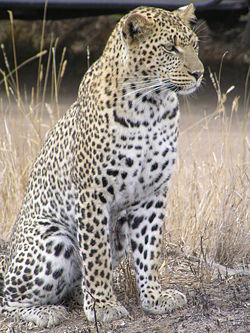 Full Name:
leopard (Panthera pardus)
Listing Status:
Endangered
Where Found:
Wherever found, except where it is listed as Threatened as set forth below
Critical Habitat:
N/A
Species Group:
Mammals

No recovery information is available for the leopard.