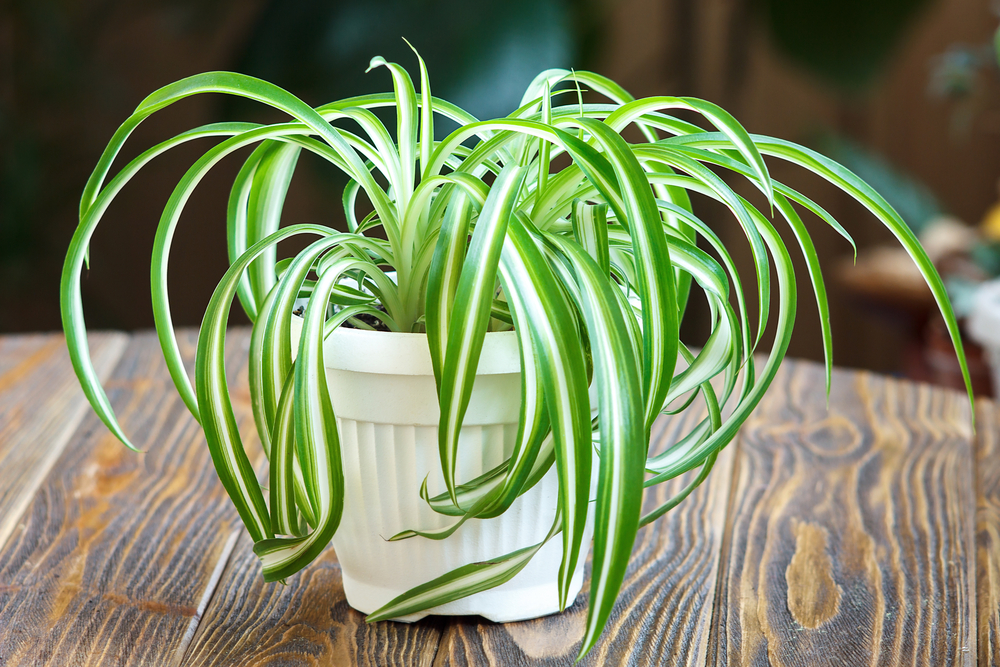 In addition to filtering out the most common indoor pollutants, this plant is resilient and extremely easy to care for. Spider plants grow best in bright yet indirect light.

Chlorophytum comosum was first formally described by the Swedish naturalist Carl Peter Thunberg as Anthericum comosum in the 1794 volume of Prodromus Plantarum Capensium, Thunberg’s work on the plants of South Africa. It was subsequently moved to a number of different genera, including Phalangium, Caesia, Hartwegia Nees and Hollia, before receiving its current placement in Chlorophytum by Jacques in 1862.