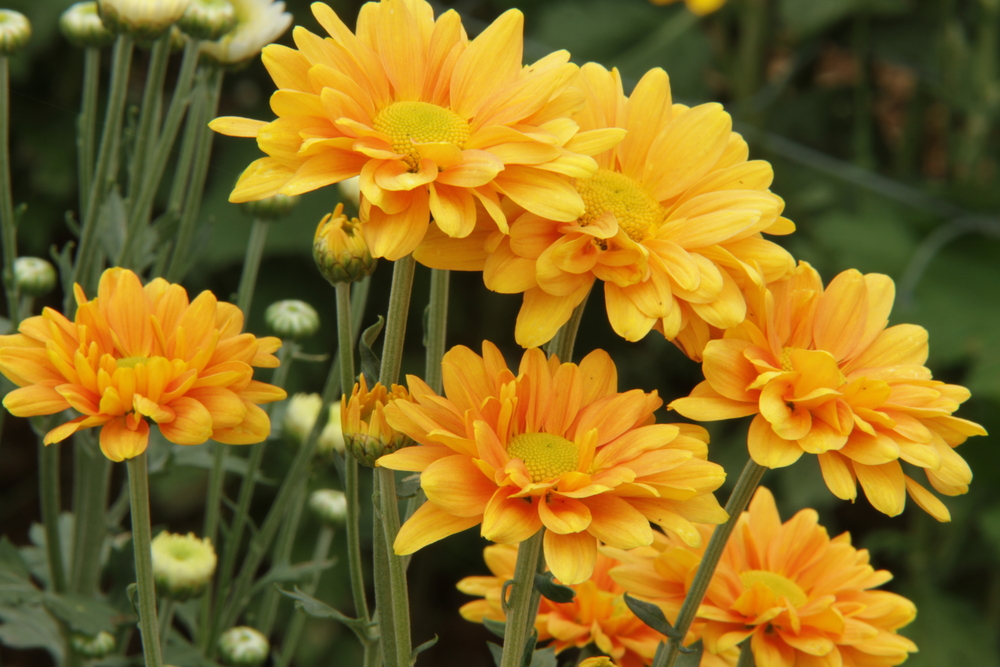 The blooms of the chrysanthemum’s flowers not only brighten up the house but also help to remove benzene. According to the World Health Organization, “benzene is a well-established cause of cancer in humans.” Indoor mums need bright light and plenty of water.

The other species previously included in the narrow view of the genus are now transferred to the genus Glebionis. The other genera separate from Chrysanthemum include Argyranthemum, Leucanthemopsis, Leucanthemum, Rhodanthemum, and Tanacetum.

Wild flowers taxa are herbaceous perennial plants or subshrubs. There are also a range of annual chrysanthemums including C.carinatum, C.coronarium, C.inodorum, C.multicaule, C.nivellii, and C.segetum. They have alternately arranged leaves divided into leaflets with toothed or occasionally smooth edges. The compound inflorescence is an array of several flower heads, or sometimes a solitary head.The head has a base covered in layers of phyllaries. The simple row of ray florets is white, yellow, or red; many horticultural specimens have been bred to bear many rows of ray.