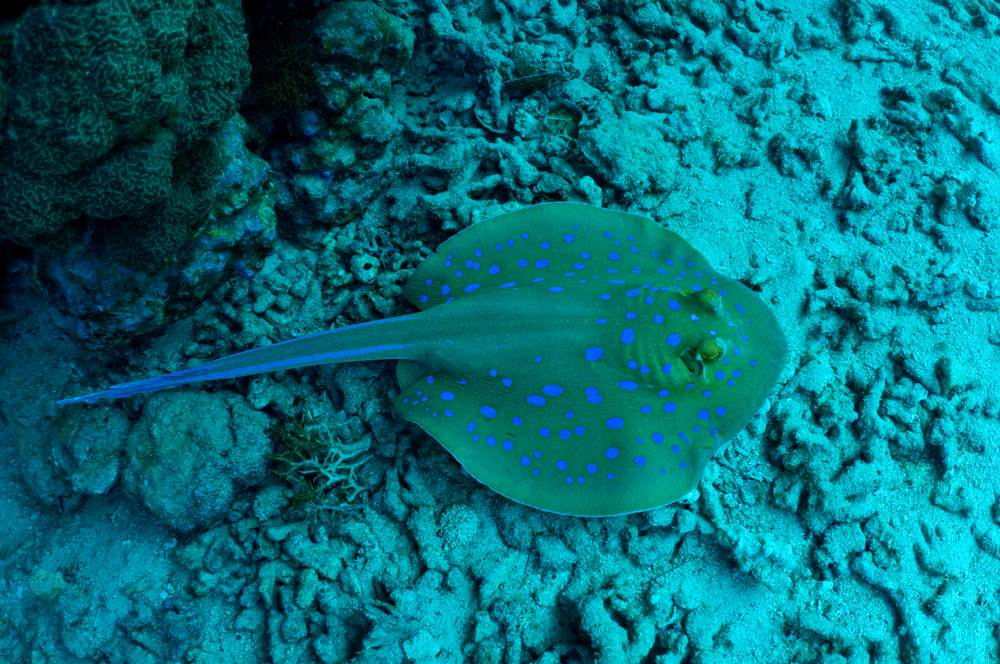 A large deep-dwelling skate slowly swims by Alvin while the crew investigates the Galapagos Rift Line west of the “Rose Bud” site.

Many species of skates have bucklers (thorn-like scales along the mid-line of their back and tail.

Also the  common skate, also known as the blue skate, is the largest skate in the world, measuring a length of up to 2.85 m. Historically, it was one of the most abundant skates in the northeast Atlantic Ocean and the Mediterranean Sea. Despite its name, today it appears to be absent from much of this range.

Where previously abundant, fisheries directly targeted this skate and elsewhere it is caught incidentally as bycatch. The species was uplisted to critically endangered on the IUCN Red List in 2006 and it is protected within the EU.

Research published in 2009 and 2010 showed that the species should be split into two, the smaller southern D. cf. floss (blue skate), and the larger northern D. cf. intermedius (flapper skate).[4][7][8][9] Under this taxonomic arrangement, the name D. bats is discarded.[9][10] Alternatively, the scientific name D. bats . is retained for the blue skate and D. intermedius for the flapper skate.