A skate cruises along the sea floor 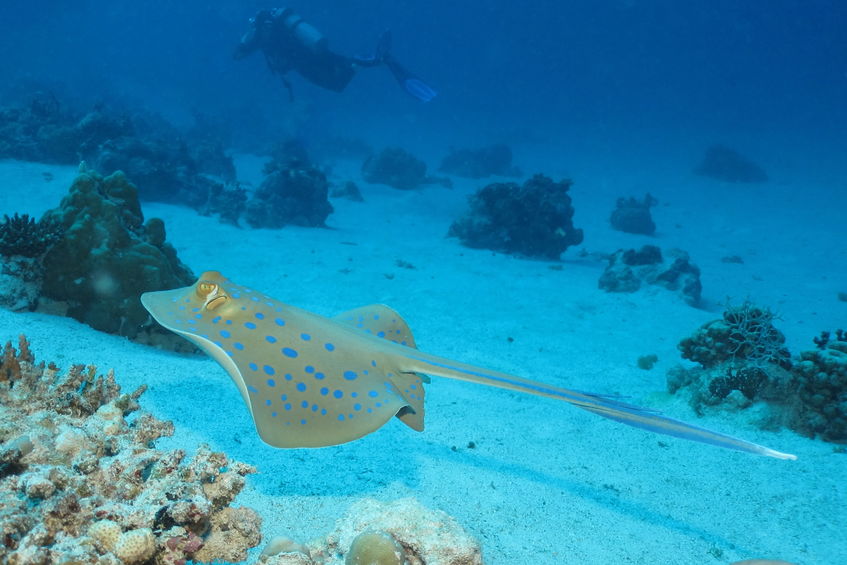 A skate cruises along the sea floor.  Also the common skate or blue skate is the largest skate in the world.

Above all the species was listed critically endangered. Research showed that the species should be split into two, the smaller southern D. cf. flossada (blue skate), and the larger northern D. cf. intermedius (flapper skate). Under this taxonomic arrangement, the name D. Batis is discarded. Alternatively, the scientific name D. Batis (with flossada as a synonym) is retained for the blue skate and D. intermedius for the flapper skate.

The common skate is native to the northeast Atlantic and Mediterranean Sea. Historically, the species ranged from Iceland and northern Norway to Madeira and northern Morocco. It is a bottom dwelling species mainly found at depths of 100–200 m (330–660 ft), but it can occur as shallow as 30 m (98 ft) and as deep as 1,000 m (3,300 ft).