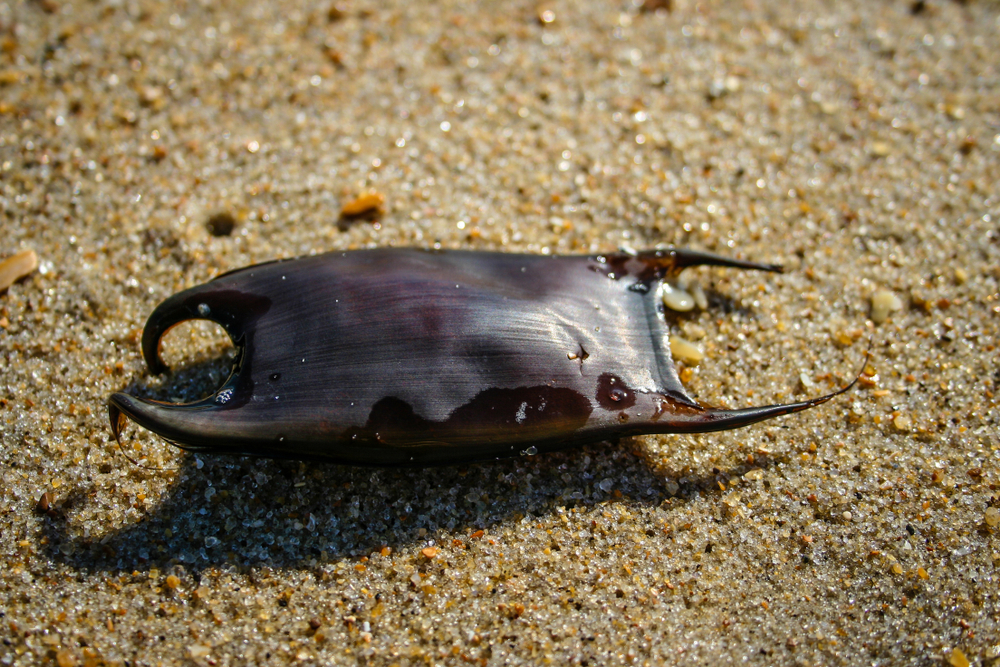 This large skate egg case was collected at Bear Seamount. Skates produce large leathery eggs that are deposited onto the sea floor in areas called nurseries.

An egg case or egg capsule is the casing that surrounds the eggs of oviparous sharks, skates, and chimaeras. Therefore egg cases typically contain one embryo, except for big skate and mottled skate egg cases, which contain up to 7 embryos. Oviparity is completely absent in the superorder. Depending on the species, egg cases may have one or more tendrils. Shortly after internal fertilization, the fertilized ovum enters the partially formed egg case located in the oviduct. After the ovum enters, the rest of the egg case forms around it